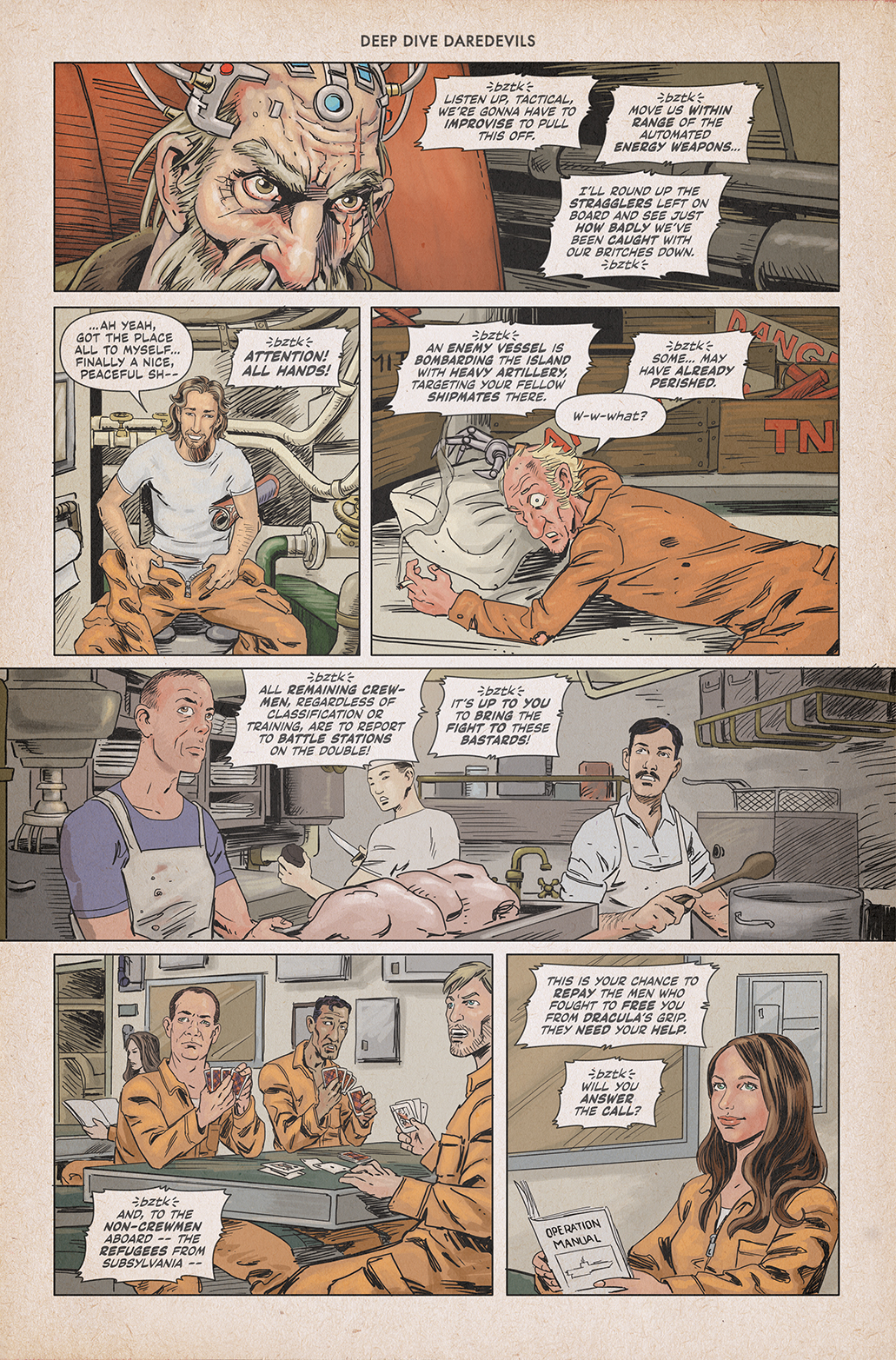 Welcome to the Deep Dive Daredevils…HOPE YOU SURVIVE THE EXPERIENCE!

This week we introduce the ALL-NEW, ALL-DIFFERENT crew of the USS Custer, and that it is a pretty big deal for a couple of reasons…

1. The obvious reason being that this is the debut of new recurring crewmen who will be vital to the story going forward. And to boot, some of these characters are refugees from Subsylvania – the Ex-Minions of Count Dracula. That’s right, we didn’t forget about their hanging story thread, it just wasn’t time pick it back up until NOW.

2. But there I go again burying the lede…the even BIGGER deal is that some of these new characters are based off the likenesses of FOUR Kickstarter backers whose reward is to BECOME a Deep Dive Daredevil! Personally, I prefer to leave the identities of the backer characters a mystery, as not to create any preconceived notions about the new crewmen. However, if any of the backers would like to identify themselves in the comments, by all means please do.

3. Ok, so one and two were both BIG deals, but for me, this is the one that takes the cake. Its official, folks, we FINALLY have a FEMALE member of the crew! This one had been a LONG time coming, and it is definitely LONG overdue. I hope you guy and gals are as excited about welcoming her aboard as I am!

Be here NEXT WEEK for TWO HUGE revelations! First, on the page, we lift the veil on THE most MASSIVE secret of the entire run. No joke, it’s something we’ve been building to since the very beginning. After you’ve read the page make sure to stick around and read the blog because I will be making a VERY important announcement about the FUTURE of the Deep Dive Daredevils.