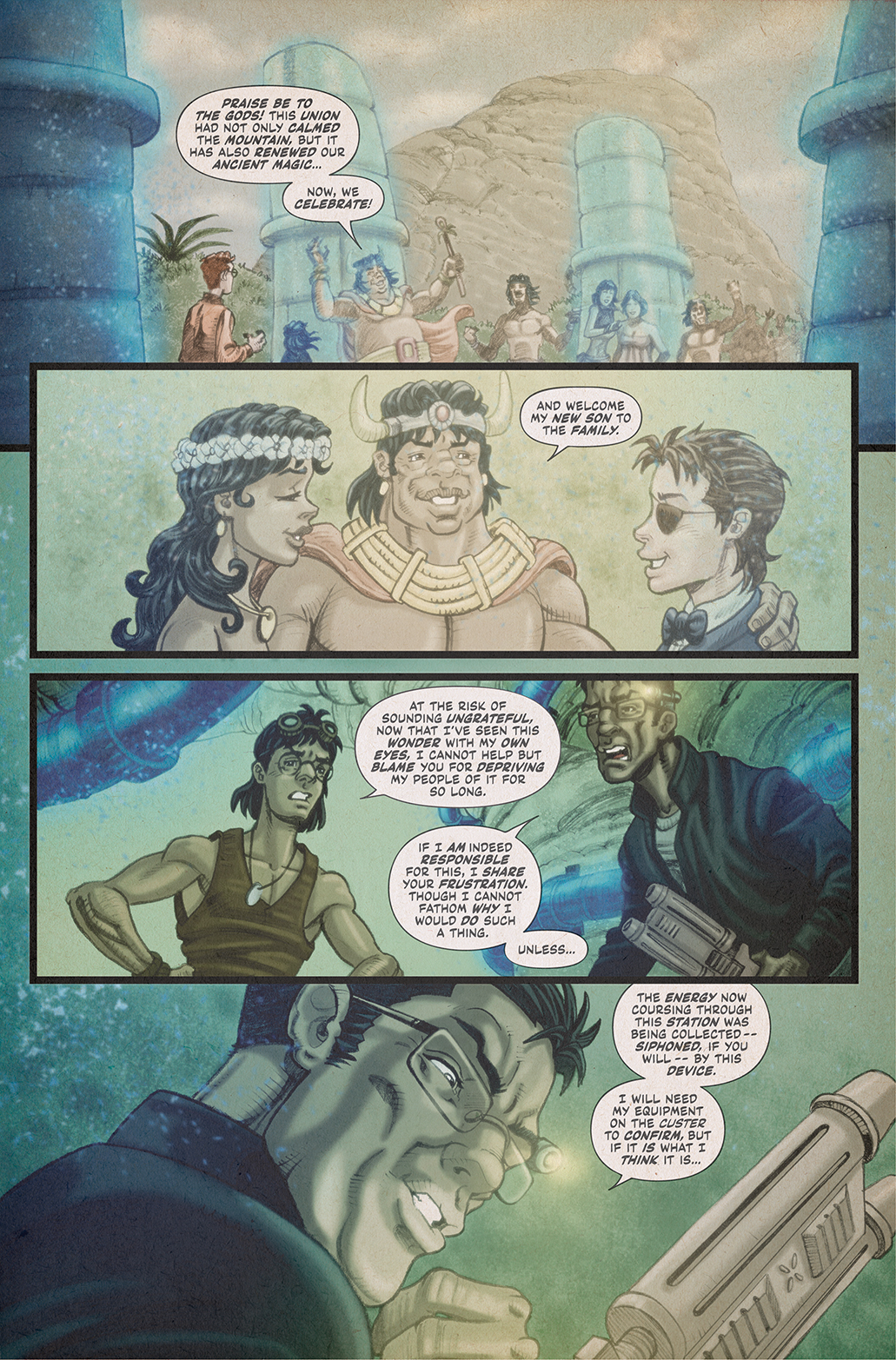 The Penultimate Page of End(s) of the Earth(s)!

This entire story has been a tug-of-war between magic/faith and cold, hard science, and no page encapsulates that more than this one. On top of the Volcano (in the heavens), it is a joyous scene – a happy ending. The wedding of Joe and the Princess has cured all of the island’s ills.

However, below things are much more complex. Doc repaired the island’s hidden power station and released the pressure in the magma chamber, but unlike above there is no accompanying happy ending. In fact, there is no ending at all, just more questions.

So, you might ask, what does it all mean…what’s the moral of the story? Are we saying that magic/faith is all bull$#!% and science is what truly explains life, the universe, and our place in it? Or, is it that those who believe in a higher power can find joy, contentment, and order in the universe while those who do not find themselves mired in turmoil and self-doubt? I’ll leave that up to you…

Be here NEXT WEEK for the FINAL page of End(s) of the Earth(s)! Since the beginning of the story something SINISTER has been bubbling in the background. In just 7 days, we begin the build up to an absolutely UNBELIEVABLE crescendo!

Seriously, Daredevilers, it’s time to get excited because what comes NEXT is the first step in bringing everything we have done up to this point to FRUITION. As much fun as we have had in the last 2 plus years – the Werewhale, Dracula, the Volcano – it was all just a PRELUDE to what’s coming down the pike. Mark my words, the DEFINITIVE Deep Dive Daredevils story is just over the horizon, and the wait is almost over!