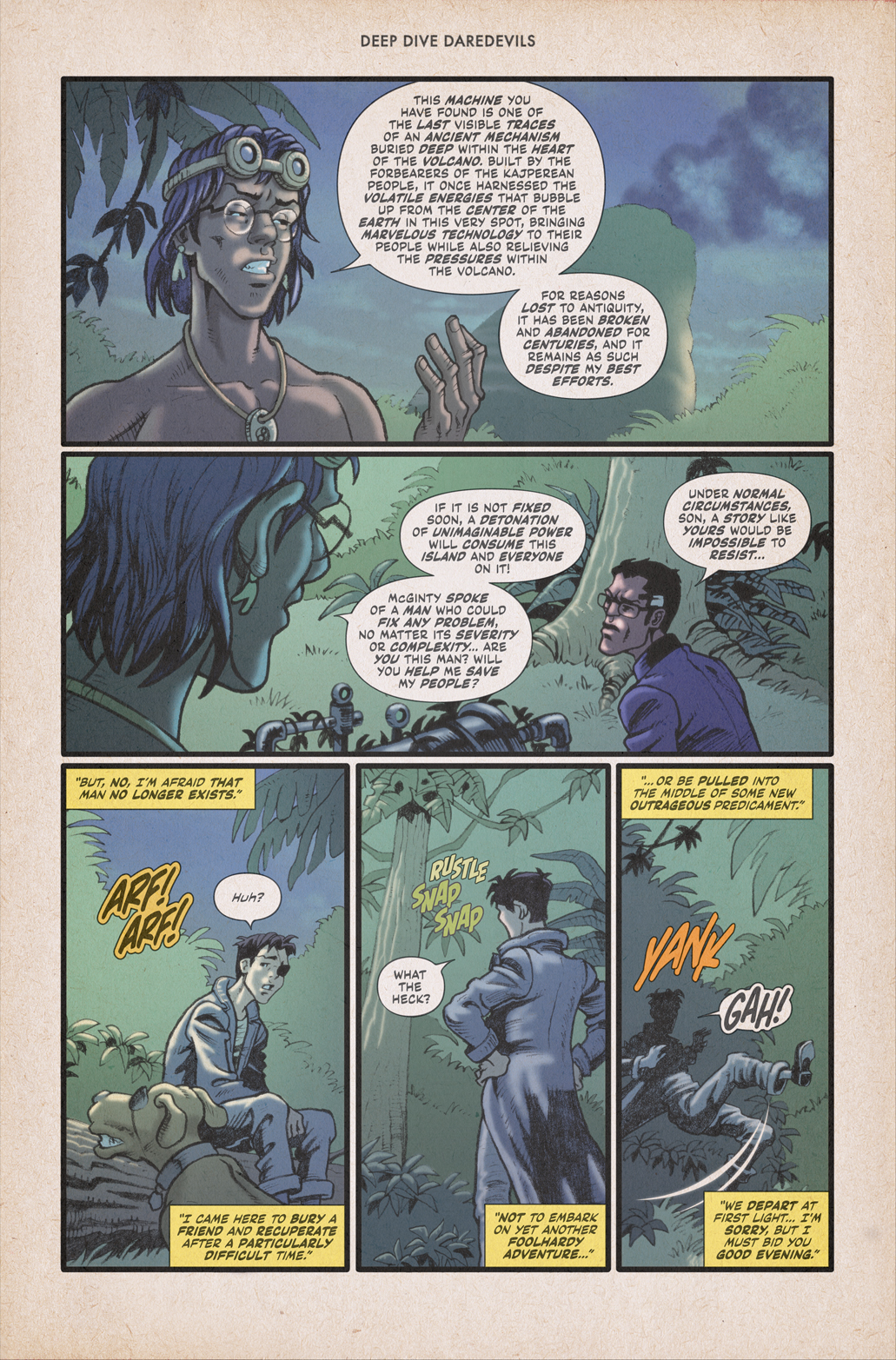 So, we knew Doc wasn’t himself – he was sullen, withdrawn, and drowning his sorrows with copious amounts of booze – but who could have imagined that he was this far gone (to be fair, I did, but that’s kind of a given, right?). Before his transformation into a vampire and all that followed, Doc was a man with “ever curious eyes…eager to study and catalogue new and unusual phenomena.” And, on top of that, as you well know, he was a HERO.

But now, Doc seems to have rejected all that once defined him. When confronted with the peril facing the island and its people he showed no curiosity, no empathy, and straight-up refused the call to adventure. Just how far has he fallen?

Fortunately for us though, Joe’s luck hasn’t changed and it seems that once again he’s falling ass-backward into some kind of craziness. Be here NEXT WEEK to see just what your favorite boy First Mate has gotten himself to this time! Knowing the kid you can bet that whatever it is, he’s in over his head. In just 7 days, prepare thyself for ADVENTURE! I mean, this is an adventure comic, so somebody has to do some adventuring, right?

Speaking of being adventurous, why not take the PLUNGE yourself and sign-up for the MAILING LIST! If you like to be in the know, and receive emails with cool stuff in them then HOT DOG – what are you waiting for? The BIG news I’ve been teasing ad nauseam is about to hit! Trust me, you do not want to be left out in the cold on this one.

Welp, as I am writing this it has just occurred to me that this is like the 130th blog I’ve written to accompany a page or other various and sundry update; when you break that down into words it clocks in somewhere in the neighborhood of 40,000. That’s enough words to fill a NOVEL, you guys. Holy crap.