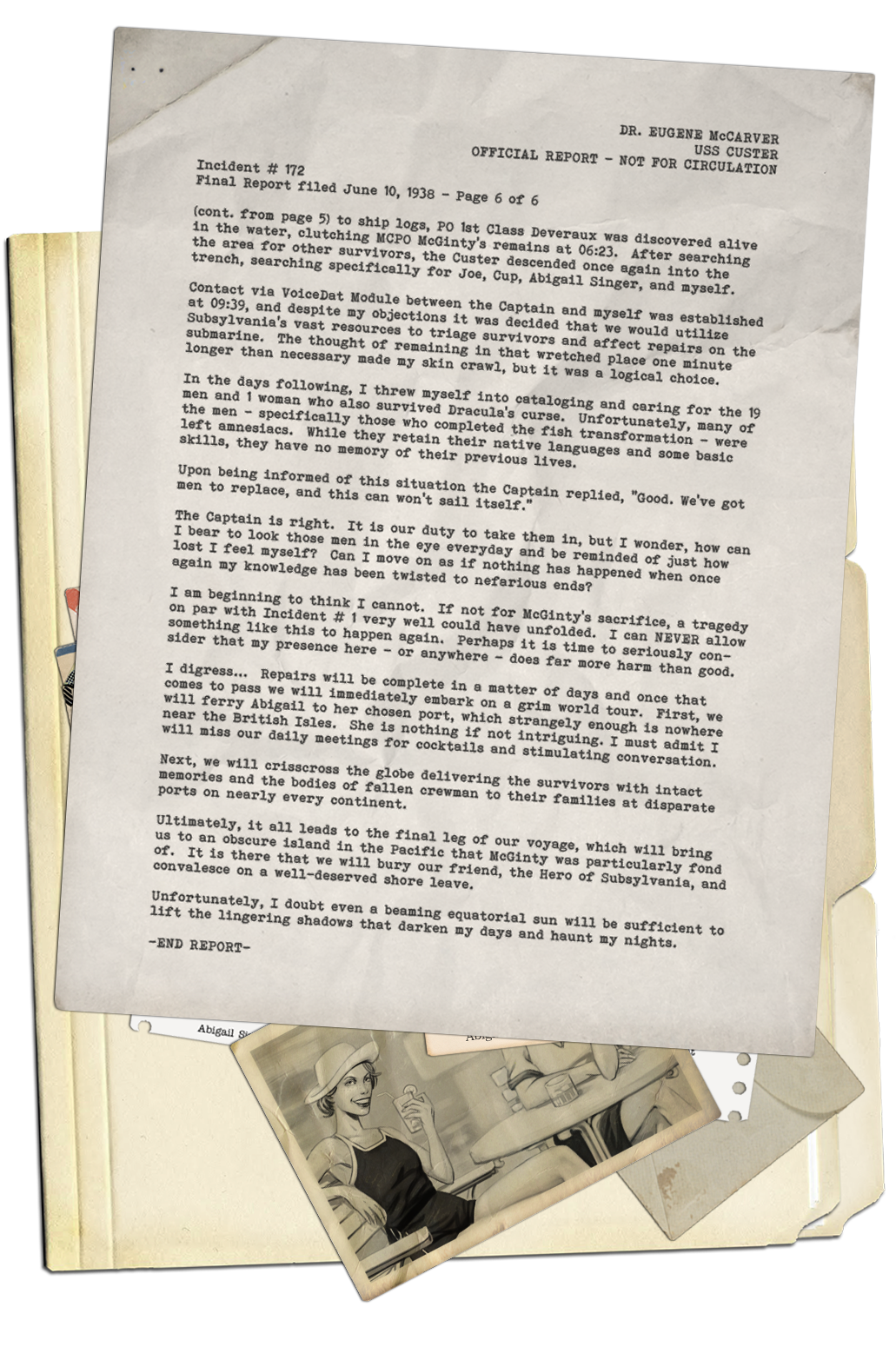 Past and future collide!

Doc’s final report on Incident #172 – A.K.A. The Pitch Black Day – has been declassified and released to the public and all crewman in the interests of full disclosure. For those among you interested in the finer points of the story, it should shed some serous light on things previously left in the dark. And, while it does indeed tie up some nagging loose ends, I’m sure some will find its allusions to future events to be the most intriguing revelations in the report. However, I think we can all agree that the biggest bombshell within is a reference to what would seem to be a rather significant event in the Daredevil’s past…

What is Incident #1? What tragedy is Doc referring to? What the heck is going on? As always, keep reading, Daredevilers!

Yep, Doc’s report pretty much wraps up the Deep Dive Daredevils’ story, but lest you forget, Pitch Black Day is also a freaking sequel to Bram Stoker’s Dracula! With that in mind, be here NEXT WEEK for ultra-secret-final LOST CHAPTER of DRACULA finale! The end is nigh, so make sure to RSS, Like, and Follow so you don’t miss out.

Welp, we’ve been working harder than ever here at the ThreeOneFive Ranch to ever expand the horizons of the Deep Dive Daredevils. We’re making plans like you wouldn’t believe, compiling lists, making phone calls, and even putting together epic spreadsheets. No joke it’s almost turning into legit work, folks!

Soon, we’ll be able to share the fruits of our labors and then it will be up to YOU to help drag it across the finish line. Stay tuned for future announcements.

In the meantime, stop by the Sunday Bonus Lunch for Evin’s (ahem, what’s a nice yet condescending way of putting it, oh yes) UNIQUE take on the ending of Pitch Black Day.