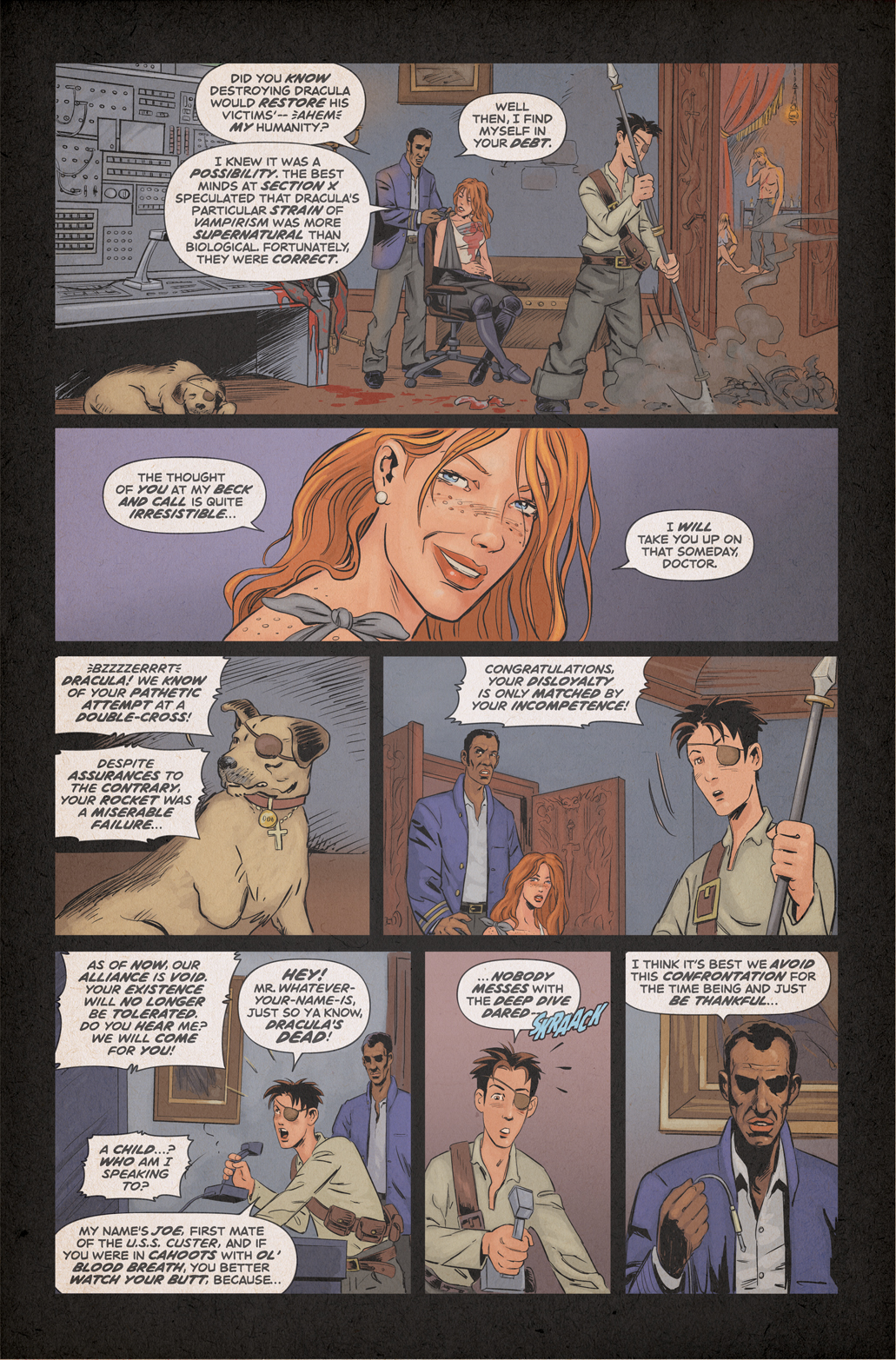 This is the start of something BIG!

As we wrap up all the loose ends of the Daredevil’s conflict with Dracula, has a new – even DEADLIER – conflict already begun? Well, Doc certainly seems to think so, and he’s a pretty smart guy. I mean, the dude just turned human again like 5 minutes ago, was in the middle of flirting pretty hardcore with Abigail, and then all of a sudden he is looking super-ominous pulling the plug on Joe’s convo with Dracula’s mysterious allies. Does he know something we don’t? Does he recognize the voice on the other end of the transmission? Only time will tell, Daredevilers!

Those who have been paying close attention will certainly sympathize with Doc’s trepidation. While the identity of Dracula’s secret benefactors remains unknown, the threat they represent is all too clear. For starters, they have a submarine that according to Dracula’s description could very well be significantly MORE badass than the The Custer! Click HERE for a refresher on these mysterious adversaries, who will play an absolutely crucial role in the future of the Deep Dive Daredevils.

But first, there is still one GIANT question left to be answered in the here and now – one so HUGE that I refuse to tease it, at all. You’ll just have to trust me and do whatever it takes to be here NEXT WEEK for the penultimate page of Pitch Black Day!

In the meantime, get it in gear and engage with our social media empire. Please RSS, Like, and Follow, you will not regret it!

Also, it’s the beginning of another month, so it’s time once again to make a push for webcomic glory, and climb the Top Web Comics charts! Months ago we briefly made an appearance in the Top 100, but since then I know for a fact that we have added A LOT of new Daredevilers to the fold. So, the sky’s the limit! Show your love for the Deep Dive Daredevils and VOTE early and often (once a day)! Thanks in advance, guys/gals.

Oh, and make sure to check out the Sunday Bonus Lunch for an early sneak peek at the next Daredevil’s adventure. Let the good times roll!