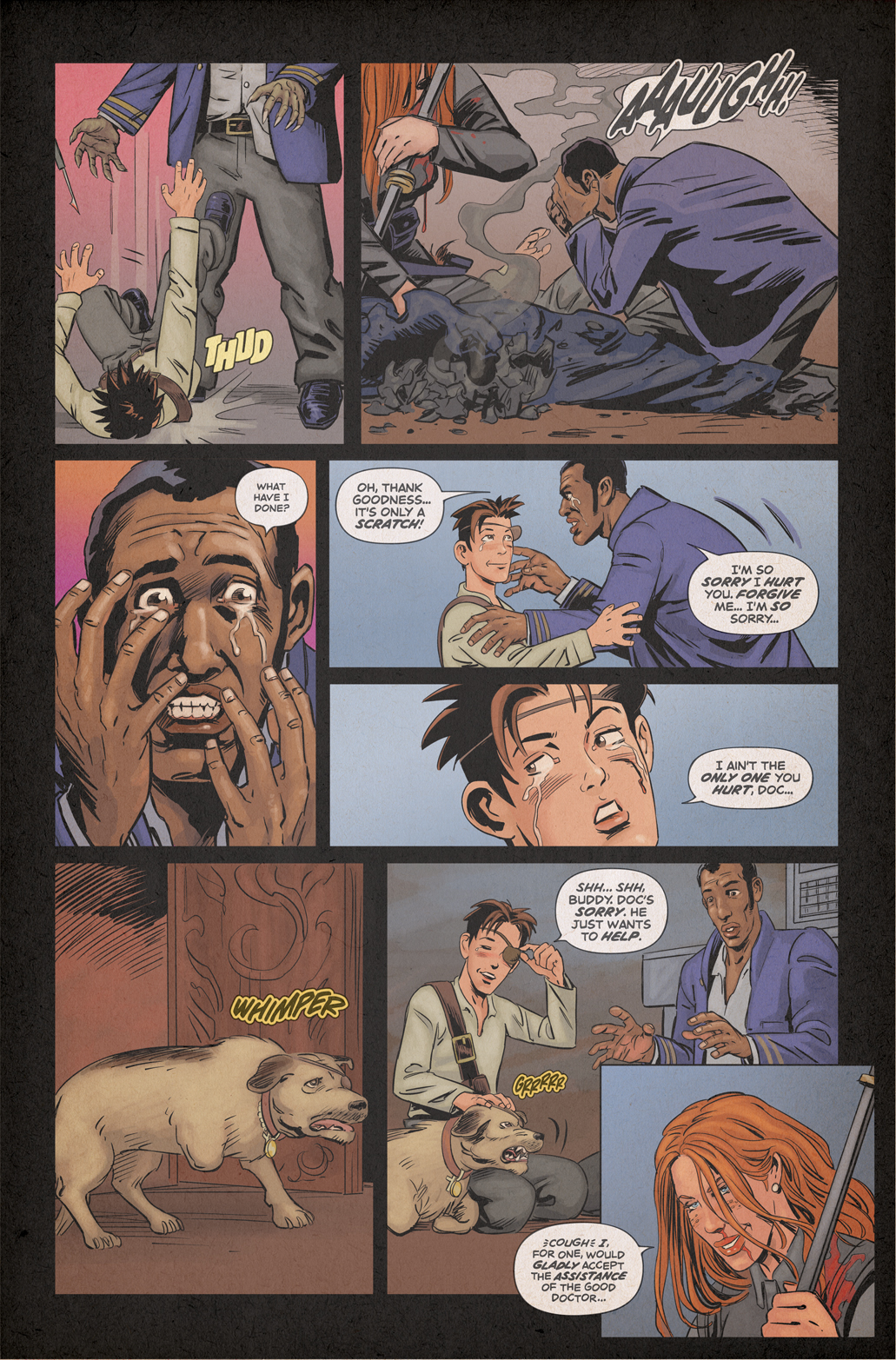 Lets get this out of the way right off the bat…Yes, we are indeed following LOST BOYS rules when it comes to vampirism. I.E. When the head vampire is killed all those that he turned revert back to being human. In the novel, Dracula, this style of vampirism was heavily hinted at when, after Dracula is killed, the curse on Mina is lifted. We also alluded to this very turn of events in the backmatter, so it shouldn’t be too shocking, right? (In fact, a new commenter, Speedy, called it in the comments section of the previous page.)

Anyway, am I coming off a little defensive? If so, I apologize. It’s just that there are so many different versions of vampire lore out there, each with a specific set of rules, and I know that everyone has their personal favorite. So, I’m sure some Daredevilers out there are probably a little disappointed that we didn’t adhere to their personal vampire canon. Some might even think that we *GASP* took the easy way out…

Well, to those who fit that bill, I can confidently say, “Just you wait and see.”

First, there are still THREE pages left in Pitch Black Day, and within that trifecta of terror there is an event so SHOCKING that you just might involuntarily run out in the street ranting and raving like a madman/madwomen once you’ve finished the story. Seriously.

And, second, rest assured there will be long-lasting ramifications of Doc’s time as a vampire. In the next DDD story, END(S) of the EARTH(S) (title reveal!), Doc will grapple with the fact that he was very nearly complicit in the annihilation of all life on the planet. You will see the good doctor as you have never seen him before – a broken man. Drama awaits, promise!

But first, be here NEXT WEEK for a page that, itself, has HUGE ramifications on the future of all the Deep Dive Daredevils! It that time again when we drop some more bread crumbs on the path leading to a terrible STORM that is brewing on the horizon. In just 7 days, the MEGA-PLOT most certainly thickens!

As always, make sure to RSS, Like, and Follow like your life depends on it. And, in turn, read the Sunday Bonus Lunch because Evin’s fragile ego depends on it.