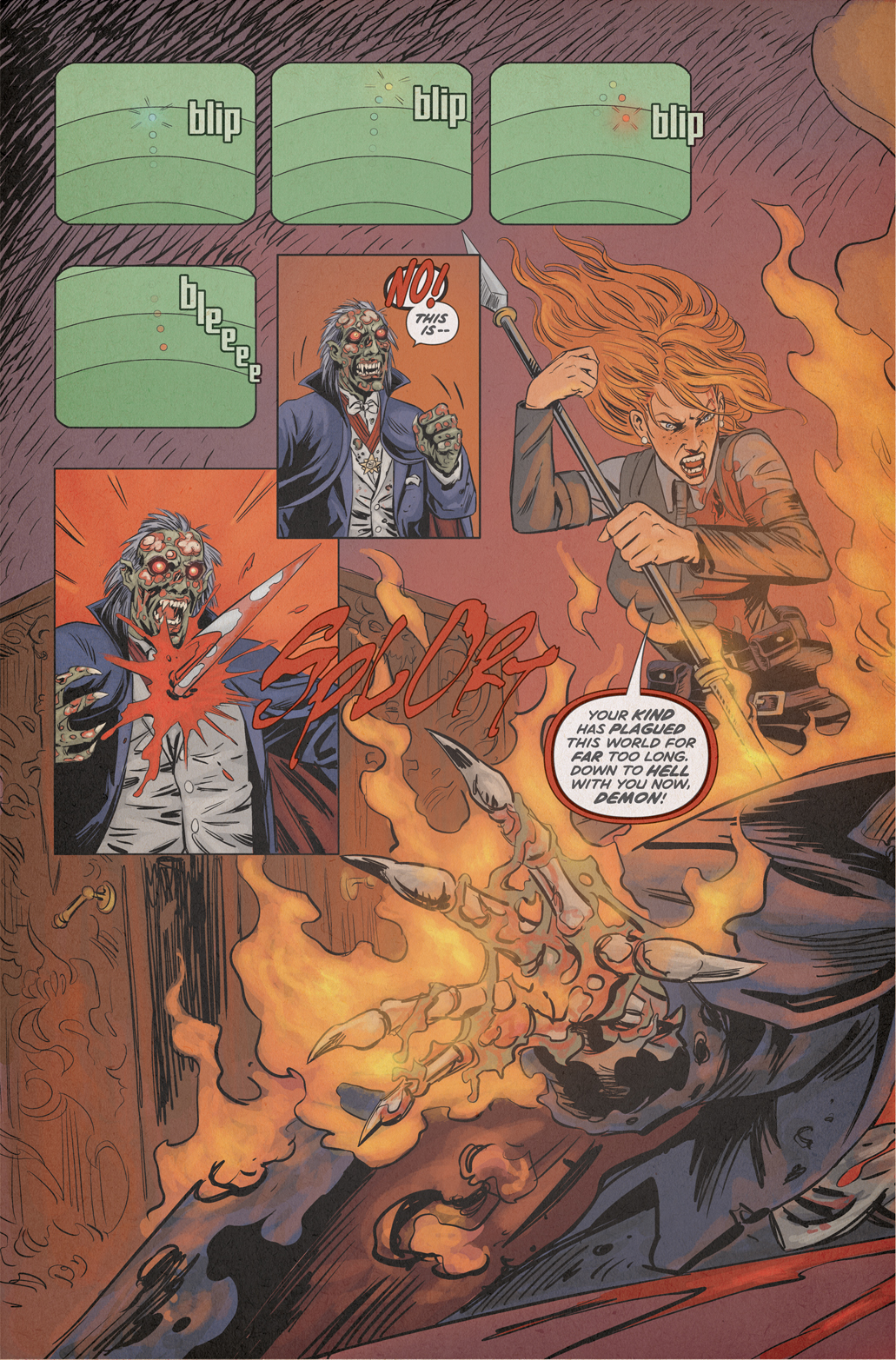 The climax is here, Daredevilers, which means it is time to blow the proverbial doors off this sucker! We scoffed at the time tested adage, “Go BIG or go HOME” and decided that the only way to payoff over a year’s worth of conflict with fiction’s GREATEST monster/villain was to go HUGE!

With that in mind, what you are looking at this week is the FIRST half of the FIRST ever Deep Dive Daredevils DOUBLE-PAGE SPLASH! Ya see, a while back I was thinking about the eventual future of DDD in print (did I just say that out loud?) and I realized that because of the site’s layout we had never thought of or even attempted a double-page splash. Well, I could not let that stand, obviously, so I set out to create a double-page layout that would work as two individual pages in webcomic form and as a double-page spread in print.

Well, after much thinking and consternation, I had a plan. I then pitched it to Dan and Evin, and while they gave it the go ahead, I could tell by the looks on their faces that they had their doubts. I am convinced that the only reason they gave it the green light was because they knew as well as I did that we had an ace in the hole to help pull this crazy idea off – Danilo Guida! I guarantee you that most artists when faced with such a task would probably respond with some manner of colorful metaphor, but, if I remember correctly, Danilo’s response was, “No problem, sounds like fun.” And, the rest is history!

Be here NEXT WEEK to see the second half of the spread and decide for yourself whether we pulled it off or not! Also, just how in the heck did Abigail get herself un-skewered, and what is the final fate of Dracula? All of that and more SHOCKING twists are waiting for you just 7 days in the future! The question is can you possibly maintain your sanity until then? In the meantime, make sure to RSS, Like, of Follow to tide yourself over with supplementary content.

Speaking of supplementary content, there is no new Sunday Bonus Lunch this week. Boo. Hiss. Apparently, Evin’s got too much homework or something…cry me a river, dude. Try getting literally ANYTHING done with a newborn that eats every 2 hours and a three year-old running around. Somehow I manage. Time to man up, hoss.

Anyway, till next week!