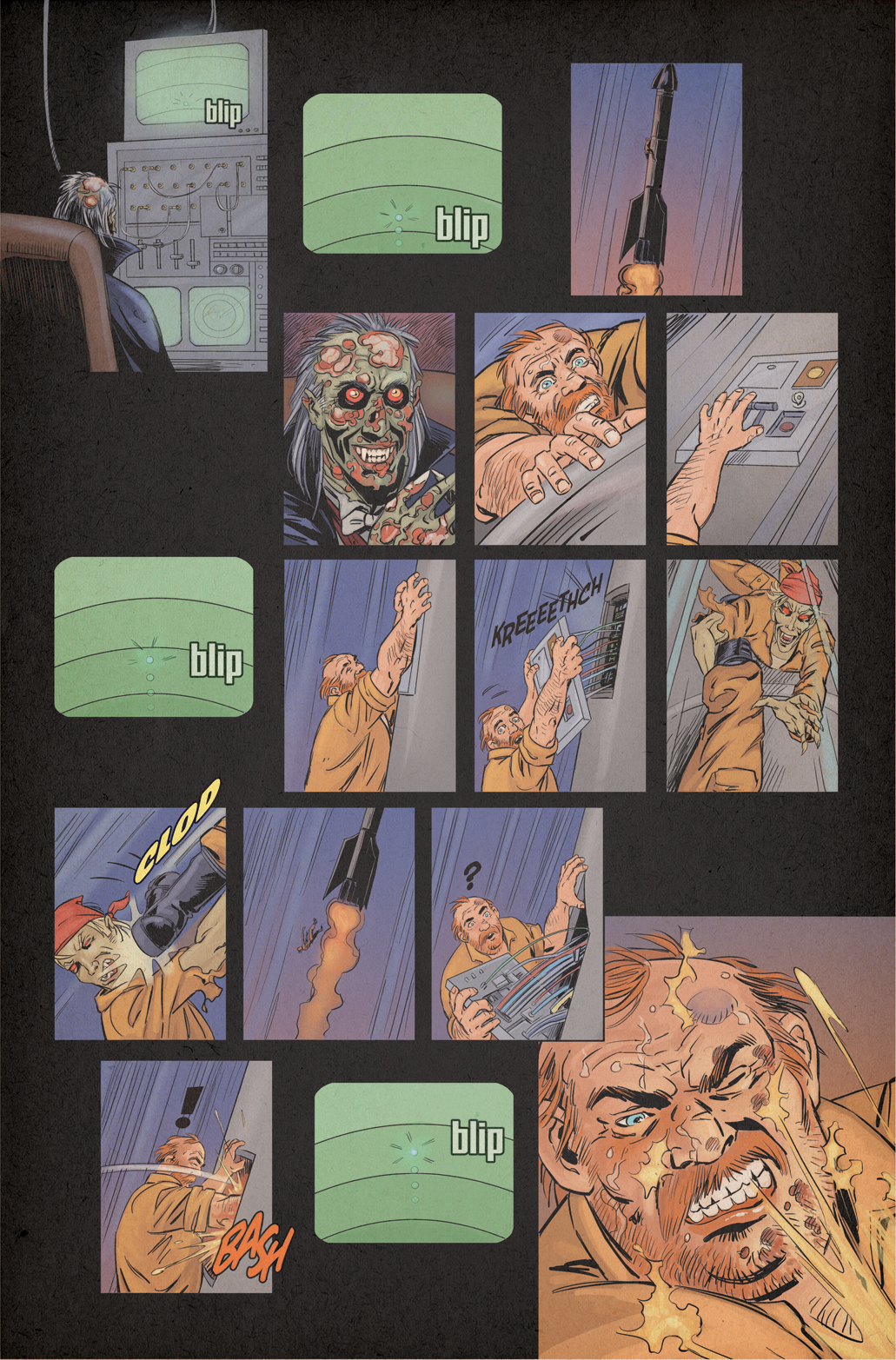 Strange to think such simple, unimposing sounds could be the harbinger of man’s doom. The people of Earth will suffer a vampire apocalypse under a blanket of unending darkness unless…McGinty can PUNCH the Pitch Black Day rocket to death first!

This is the climax, Daredevilers. 40 some odd pages of story are coming to a head, and it all leads to a two week EVENT that is literally the BIGGEST page of the entire run! Yeah, take in what I just said. Whatever could I mean? I’ll end the teases there and just say it’s officially summer blockbuster season and we pulling out all the stops once again.

So, I would advise you begin counting the days until NEXT WEEK because in just 7 rotations of the planet you will witness the FINAL FATE of [Redacted]! That’s right, in the first half of our two-part Deep Dive Daredevils event someone is going down. Now is the time to RSS, Like, or Follow!

On a related note, Danilo just turned in the last page of Pitch Black Day, and first and foremost you should be jealous because it will be another 7 weeks before you get your eyeballs on it. But seriously, it was a bittersweet moment when the page hit my inbox. On one hand, it is great to have the story finished, but on the other I know it is the last page that we will be producing with Danilo for a while. Ya see, we’ve brought back Smilton to draw the 20-30 page story that immediately follows this one (more on that later). So, I just want to take the opportunity to thank Danilo for the 88 fantastic DDD pages he’s delivered, and more importantly for being such a great collaborator. I’ve said it before and I will say it again – without Danilo Guida there are no Deep Dive Daredevils. Here’s to finishing PBD, and looking forward to even bigger and better things in 2015, my friend!

Oh, and read Evin’s latest installment of the Sunday Bonus Lunch with the foreknowledge that I BEAT him in the Pizza eating contest that he goes on and on about this week. Suck it, Evin.