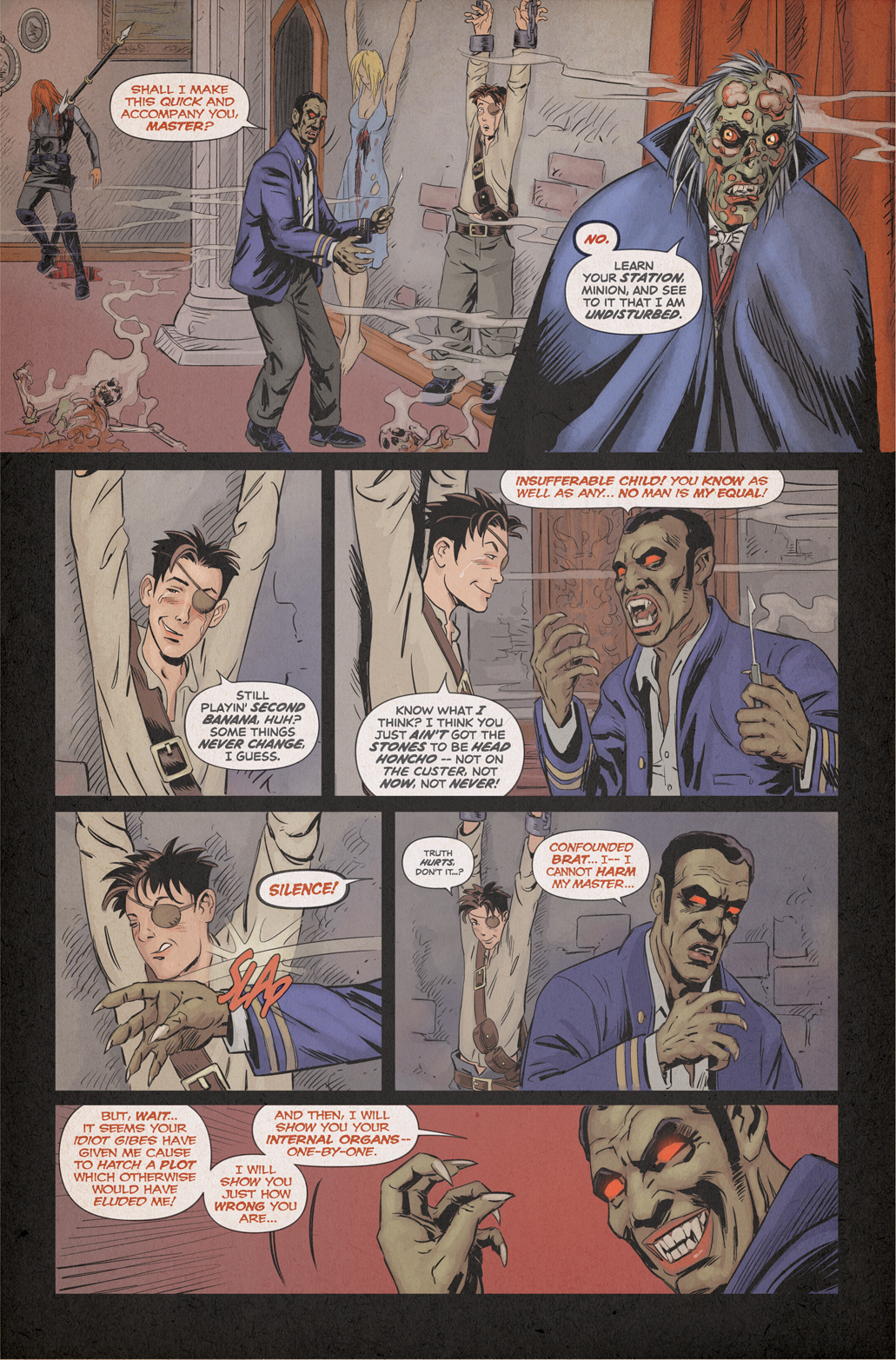 Two shipmates — more importantly two FRIENDS — find themselves at odds, while (quite literally) LIFE and DEATH hang in the balance! It is a lamentable situation, brought on by the machinations of the most vile of villains, but all the same now Doc is no longer “Doc” and as much as it hurts Joe, the only way to save himself and perhaps the world is to defeat the man he once looked up to above all others. And, to do that he has to fight DIRTY.

But, as always, it’s not what you’d expect, right? Joe faces down Doc in a BATTLE of WITS? That doesn’t seem wise…I mean, what chance does a snot-nosed kid have against the World’s Greatest Man of Science in a war of words? A meeting of the minds? Well, surprisingly, a pretty good one, I guess.

This was another one of those instances where, while writing the page, a character really surprised me. Dan, Evin, and I had talked about this scene, and the fact that Joe would goad Doc into some sort of foolhardy action. However, I never imagined – until the words just started flowing – just how easily Joe could cut to the heart of Doc’s vampire-enhanced hubris. Apparently, the kid is smarter than he looks. Who knew?

Be here NEXT WEEK, when the FINAL chapter kicks into HIGH GEAR! In just 7 days you will experience a page like no other as the action rockets into the stratosphere! So, make sure to RSS, Like, or Follow, OK?

Well, just 8 weeks left of Pitch Black Day left, Daredevilers. Prepare yourselves because it gets REALLY bumpy from here on out. In the meantime though, test your mental fortitude by reading the Sunday Bonus Lunch. That is not a compliment, by the way.