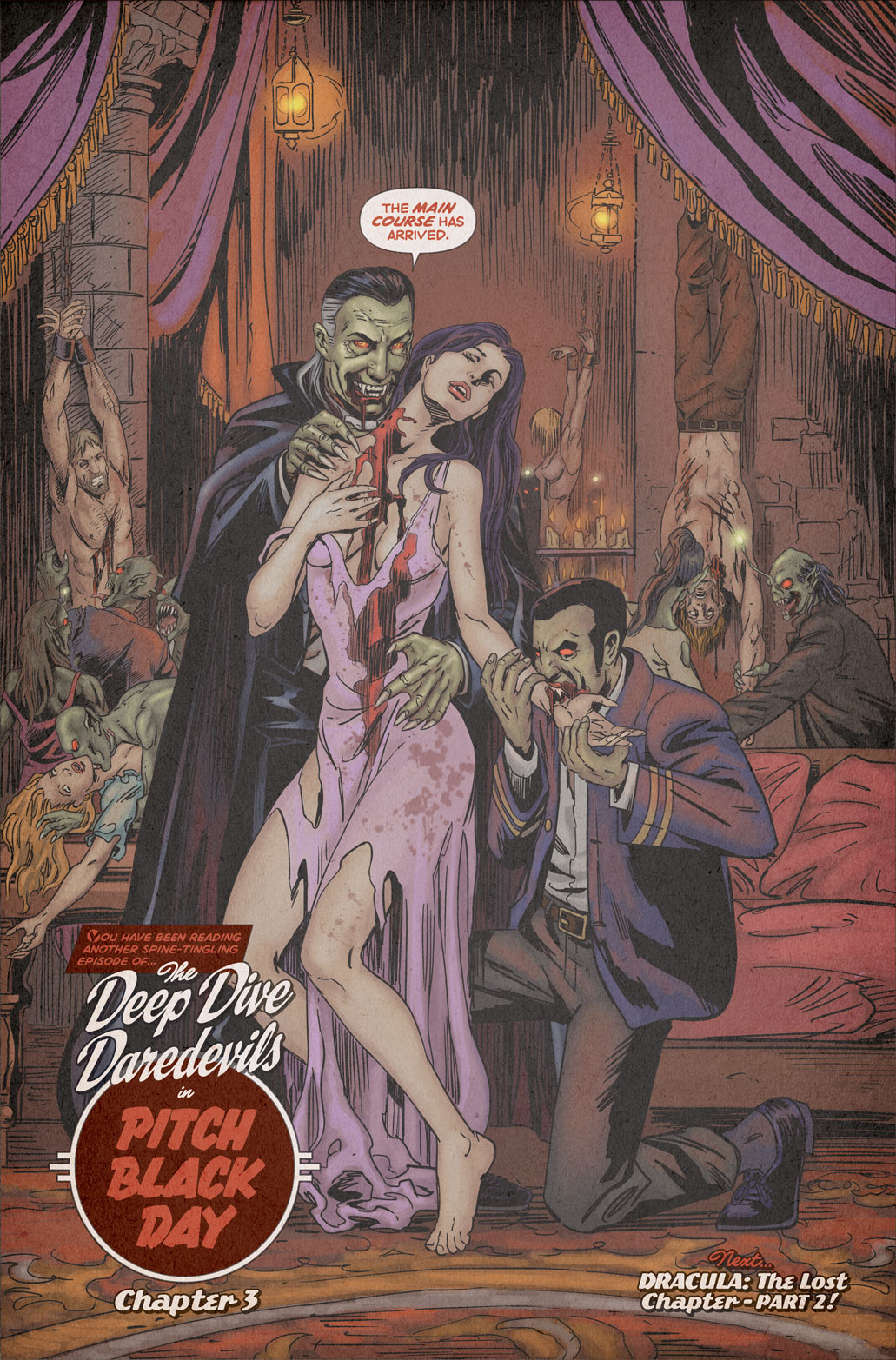 Welcome to Dracula’s Inner Sanctum…once you have peered within you will see things that can never be UNSEEN! I told you guys things were going to get dark, but I’m sure few of you expected it to turn absolutely PITCH BLACK – but come on guys; it’s in the freaking title!

The Daredevils have been thrown into the lion’s den. Blood will be spilled. This is a fight to the finish. Two men enter, one man leaves. ECT. Why, you might ask? Well, other than it just plain making for some fun comics, they say a hero’s true worth is defined by the forces of antagonism they must face down and defeat, and we plan to test that theory.

And, sure, if that wasn’t bad enough, HOLY HELL can we ever forgive/trust/rely on Doc again after this? It doesn’t get much more chummy with evil than sharing an innocent women’s blood with the Prince of Darkness. Those of you who thought that Doc was playing possum or was somehow still in control, you might want to think again.

All of this sets up the EPIC conclusion to Pitch Black Day, coming your way in 2014. We’re officially 2/3 of the way through the story, which only leaves the climactic 3rd act to go. Everything we’ve been building toward is right around the corner, and I can PROMISE that in every imaginable way 2014 will be the biggest year for the Deep Dive Daredevils yet!

DON’T FORGET – It all starts in 3 short weeks with another prose installment, The Lost Chapter of Dracula Part 2, on Tuesday January 7th. Make sure to RSS, Like, or Follow for witty/friendly reminders.

And, though the next 2 weeks are technically break weeks, you may want to stop by at some point during that time because if you’ve been good boys and girls there just might be a special Daredevils Holiday Greeting waiting under the tree.

Thanks for another great year, Daredevilers!

Anyways, till next year!