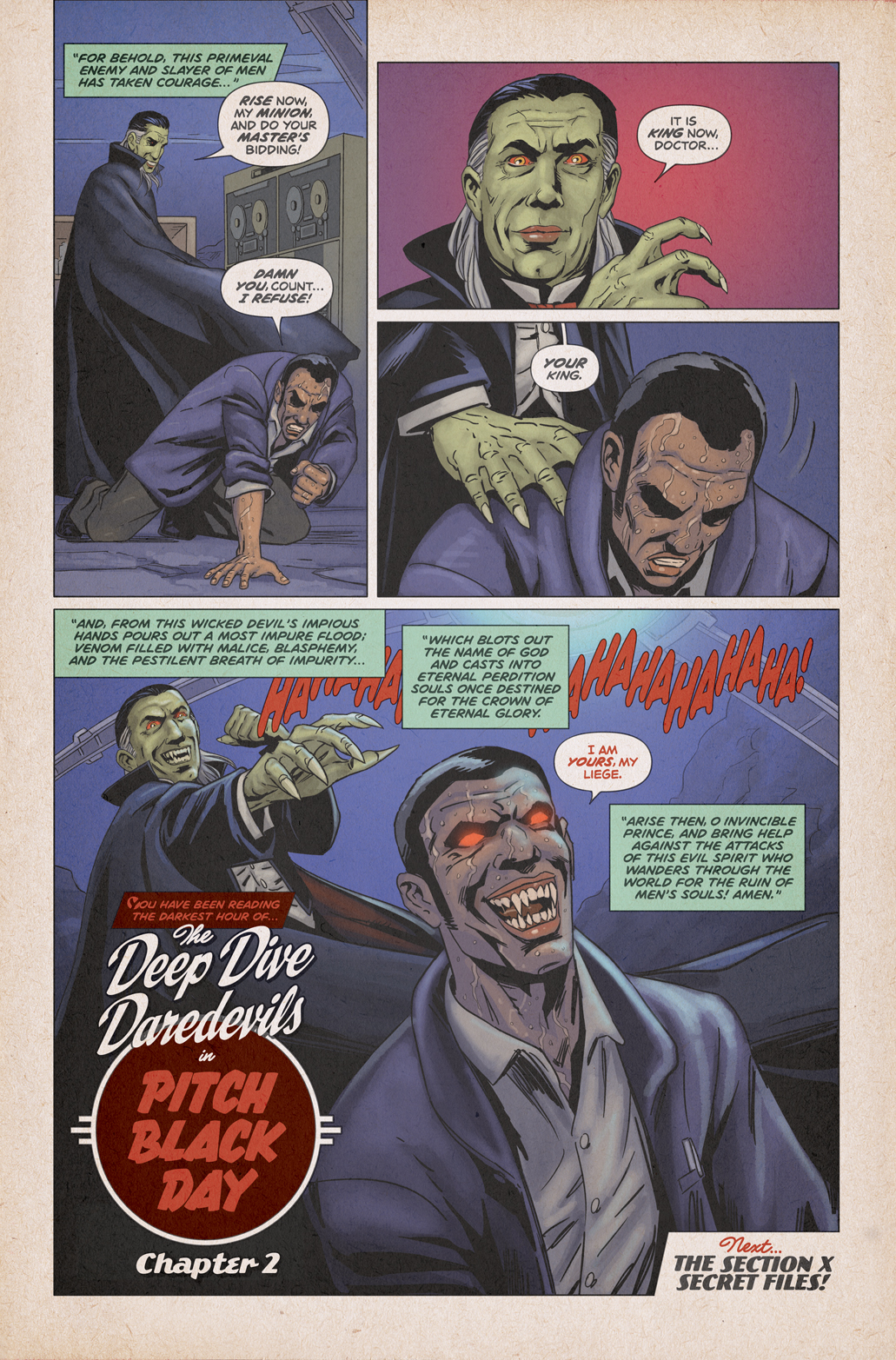 Yep, that’s right, I said, Docula. That’s what we here at the ThreeOneFive Ranch have been calling Vamped-up Doc since we came up with idea to turn the good doctor to the dark side. Whatever you want to call him, the World’s Greatest Man of Science turned evil is pretty much the definition of worst-case scenario! This is not going to end well. And, I’m not just saying that for effect or hyperbole’s sake. Literally, this is NOT going to end well. Like, at all.

So, anyway, Pitch Black Day Chapter Two is in the books, and we are now pretty much halfway through the story. Up to this point, it’s been nothing but BAD NEWS for the Daredevils, so they’ve got a lot of ground to cover in the final half of the story to have any hope of scuttling Dracula’s plans. With that in mind, don’t be surprised when Chapter Three brings the ‘SPLODE right out of the gate. It is going to be BIG, Daredevilers – the fight to save their friends and the ENTIRE human race is about to begin!

But first, it’s time for another prose interlude…

Get your TOP SECRET clearance in order because NEXT WEEK the SECTION X SECRET FILES hits like a ton of bricks! What is agenda of the mysterious organization that hired the Daredevils to ferry Abigail to the Dracula’s doorstep, and how does their story connect to Bram Stoker’s classic novel? Be here in just 7 days when all that and MORE is answered! Make sure to RSS, Like, or Follow unless you hate to see secrets revealed.

Also, we’re making another run at the Top Web Comics list this month. Last time I checked, we were poised to break the top 200, so make with the voting and let’s see how far we can go! And, seriously, I think Evin may have written the most bonkers/awesome Sunday Bonus Lunch yet this week. You know what to do.