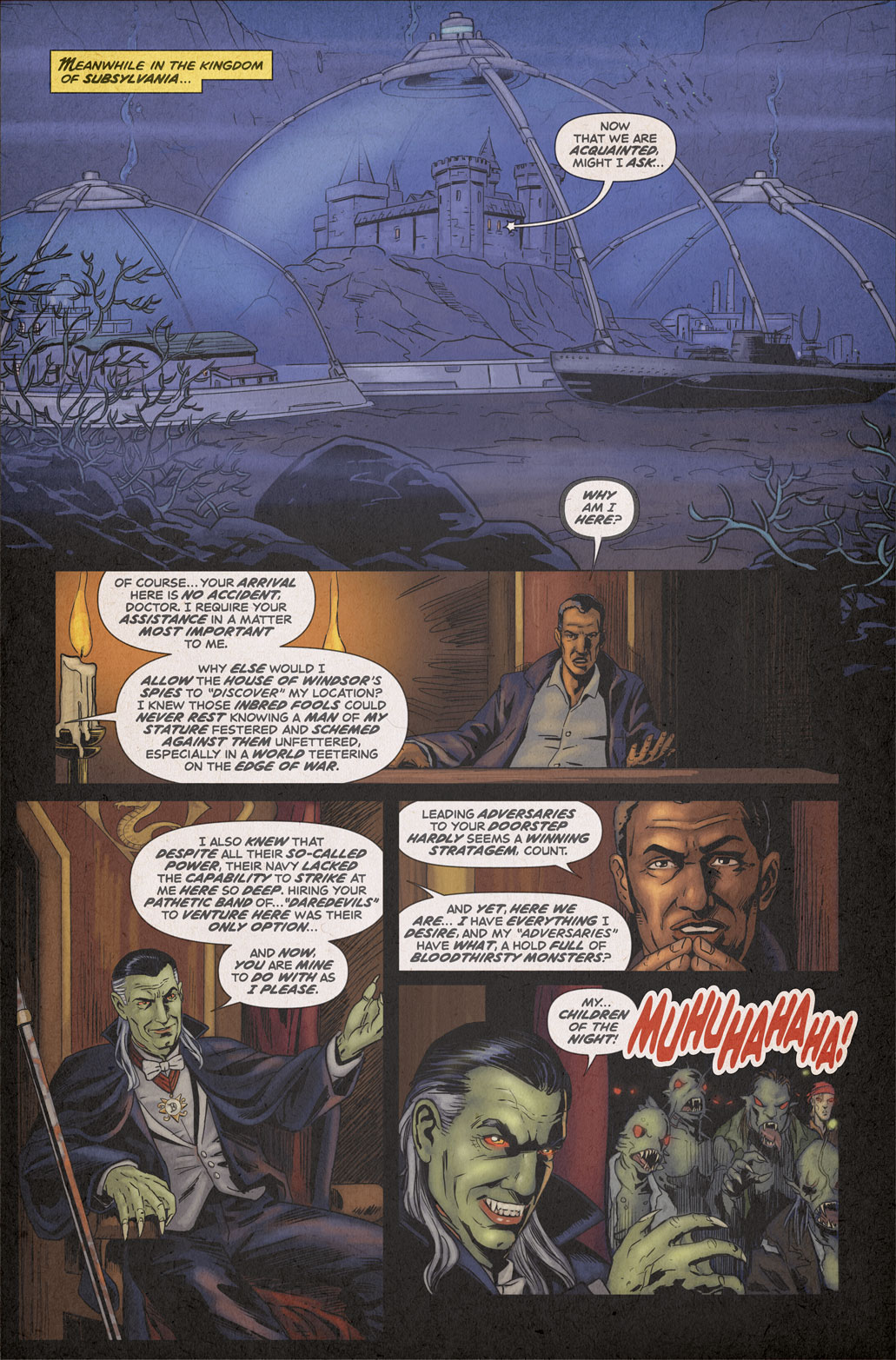 So, I wish I could have seen your faces when you clicked here this morning/afternoon/evening. Somehow, I don’t think you were quite expecting Subsylvania to be a marvelous domed complex at the bottom of the ocean, complete with a re-creation of Castle Dracula! But then, Dracula is THE prototypical Super-Villain, so maybe some of you suspected that his tastes would veer into “over-the-top lair” territory. Regardless, Subsylvania proves that while the Daredevils may be the world’s premier explorers of the ocean, Dracula is its MASTER, having bent its unimaginable forces to his will.

Anyway, we’ve gone full JAMES BOND here as Doc plays it tough while Dracula monologues all over the place, bringing us up-to-speed on his evil machinations. The plot is starting to come into focus, and over the next couple of weeks all the “whos” and “whats” will be laid out on the table. And, as this page teases, there is a lot more going on than meets the eye…

Be here NEXT WEEK as two master strategists match wits 4000 fathoms below the waves. It’s Dracula, the Prince of Darkness vs. Doc, the world’s Greatest Man of Science for ALL THE MARBLES! In just 7 days find out who will come out on top and whose jaw will be left hanging on the deck. Make sure to RSS, Like, Follow, and spread the word about the Deep Dive Daredevils!

Speaking of spreading the word, it’s that time again to take another stab at GLORY and make a run at the leader board on the Top Web Comics list. If everybody the reads the Daredevils on a weekly basis votes JUST ONE TIME this month that would be more than enough to catapult us into the Top 100! So if you can spare a few seconds CLICK HERE and help make the Daredevils Internet famous.

Man, I can’t believe that’s already the third week of Pitch Black Day Chapter Two in the books…time flies when you are having fun. Before you hit the road, as always, head on over to the blog for your weekly serving of the Sunday Bonus Lunch.