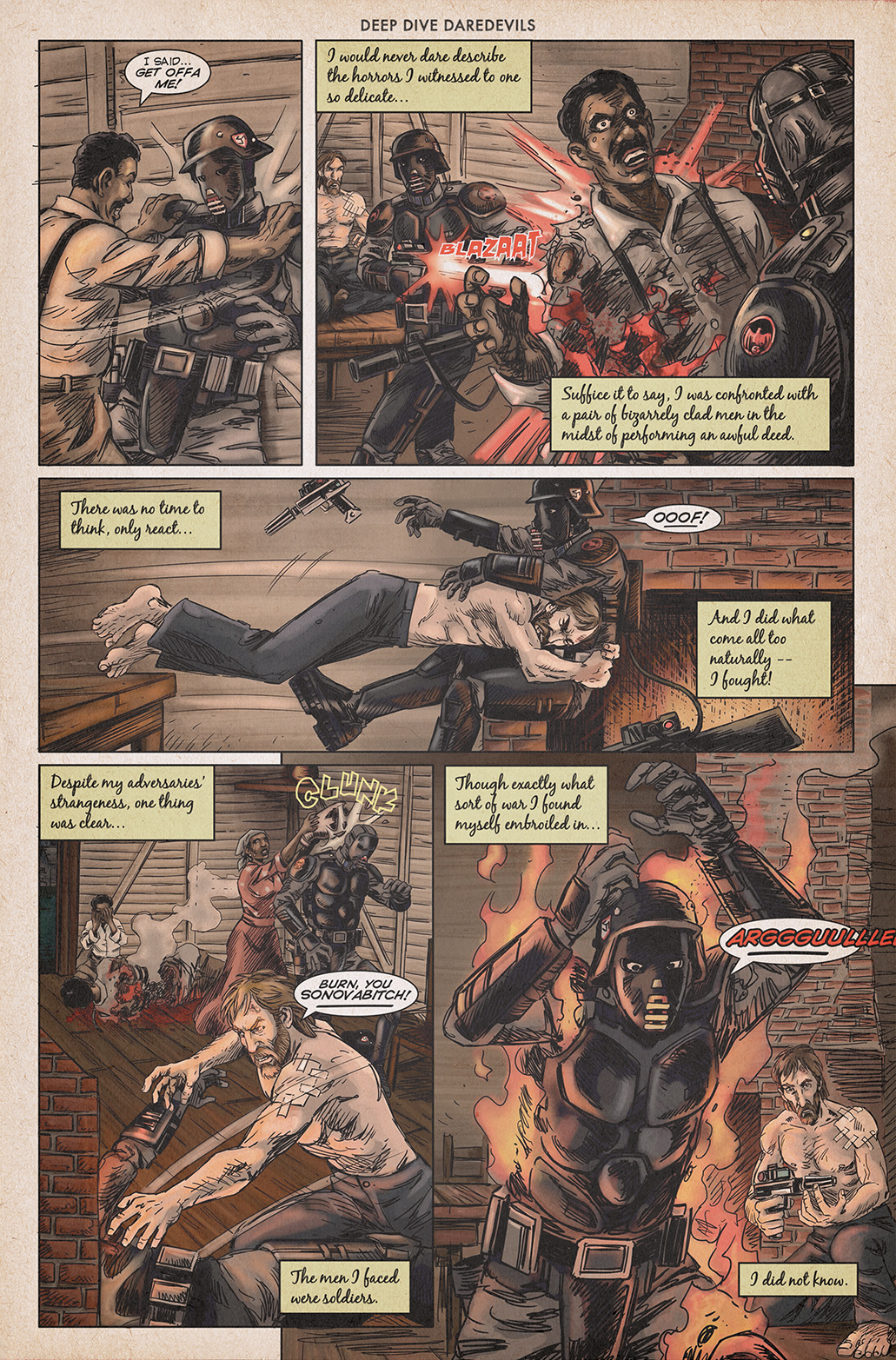 The Captain opens up a can of whoop-ass!

He’s got legs, and he know how to use them. HA. Seriously though, we figured since in this story Custer can actually run, kick, and jump that he should, you know…do that kind of stuff. So, we took it to the next level and actually have him performing a Professional Wrestling move – called a “Spear” – on a Giga-Reich Trooper in Panel 3, and anybody who knows Dan, Evin, and I will know just how happy that makes us – old-school wrestling fans that we are.

Also, just eight pages in, I think it is safe to say that we’ve seen more of Custer in Volume Two than in all the preceding stories combined. When the Captain can’t leave the sub’s bridge it’s mighty hard to get him involved in the action. Generally, he is relegated to yelling at the crew over the intercoms and such. Basically, I’m saying enjoy getting up close and personal with Custer while you can because we all know it can’t last forever…

Be here NEXT WEEK when the WAR between Custer and the Giga-Reich continues!

Anyways, see you then!