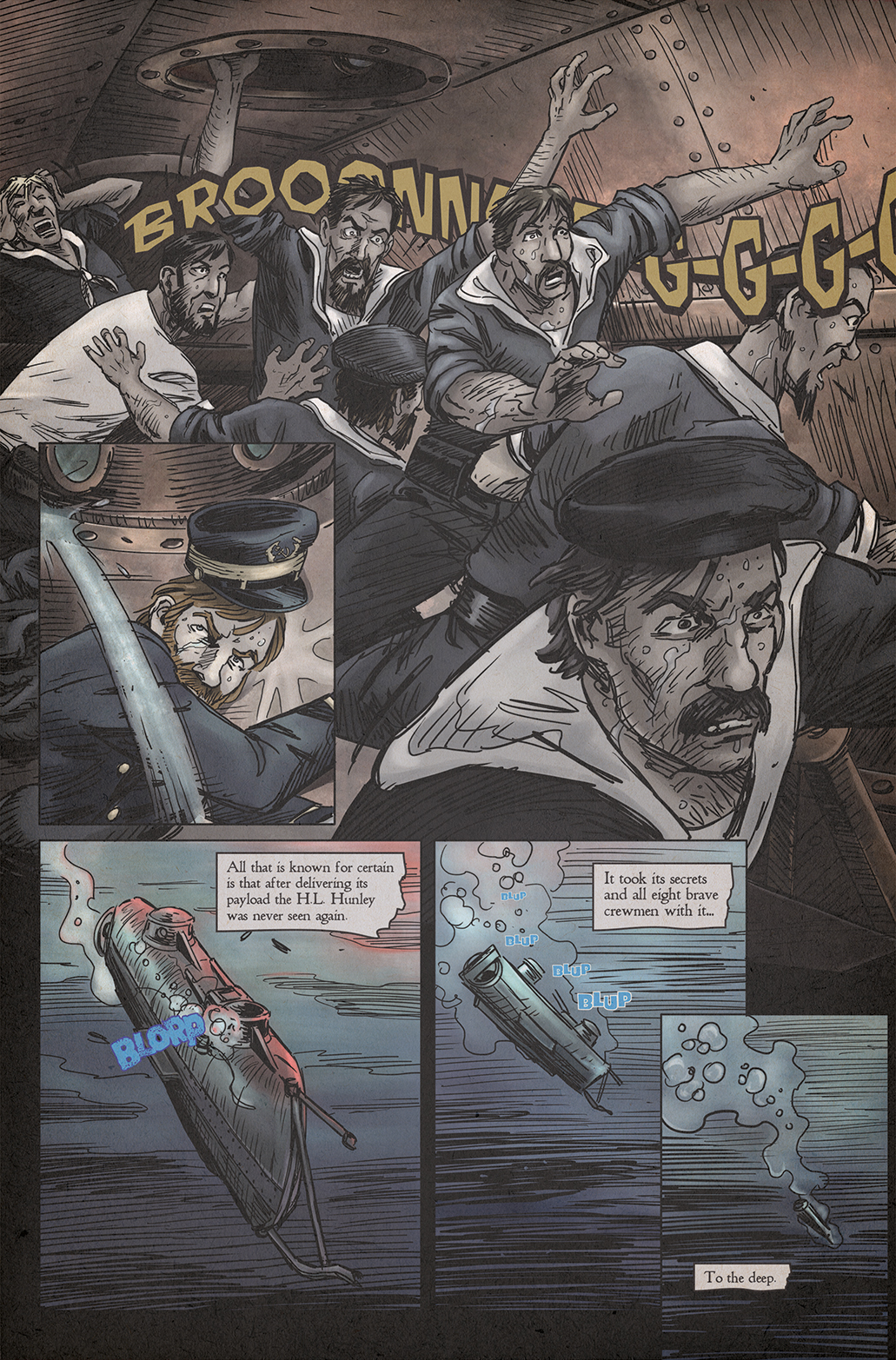 Yes, unfortunately, to the DEEP they did indeed go.

I know some of you have been doing your due diligence and researching the “actual” fate of the H.L. Hunley. Some have even linked to the Wiki article on the subject in the comments section of previous pages, which is definitely a good place to start for those hungry for further information on the subject…

The fact is though that no one REALLY knows why the Hunley never returned home after completing its mission that fateful night. Some believe that the Hunley and its crew may have emerged relatively unscathed from its confrontation with the Housatonic, as several eye witnesses reported seeing signal lights from the Hunley up to an hour later. What could have happened to cause its sinking after the alleged sightings is unknown.

However, others speculate that the torpedo/bomb detonated early, before the Hunley could reach a safe distance, and that an explosion that close to the submarine could have easily knocked the crew unconscious and thus sealed their fate.

As should now be abundantly clear, scenario two is the theory that we have chosen to portray and I think the reason is rather obvious – it’s the the scenario loaded with the most DRAMA.

Speaking of drama…be here NEXT WEEK for the FINALE of the Beyond Familiar Shores Prologue where Captain Custer’s life hangs in the balance!