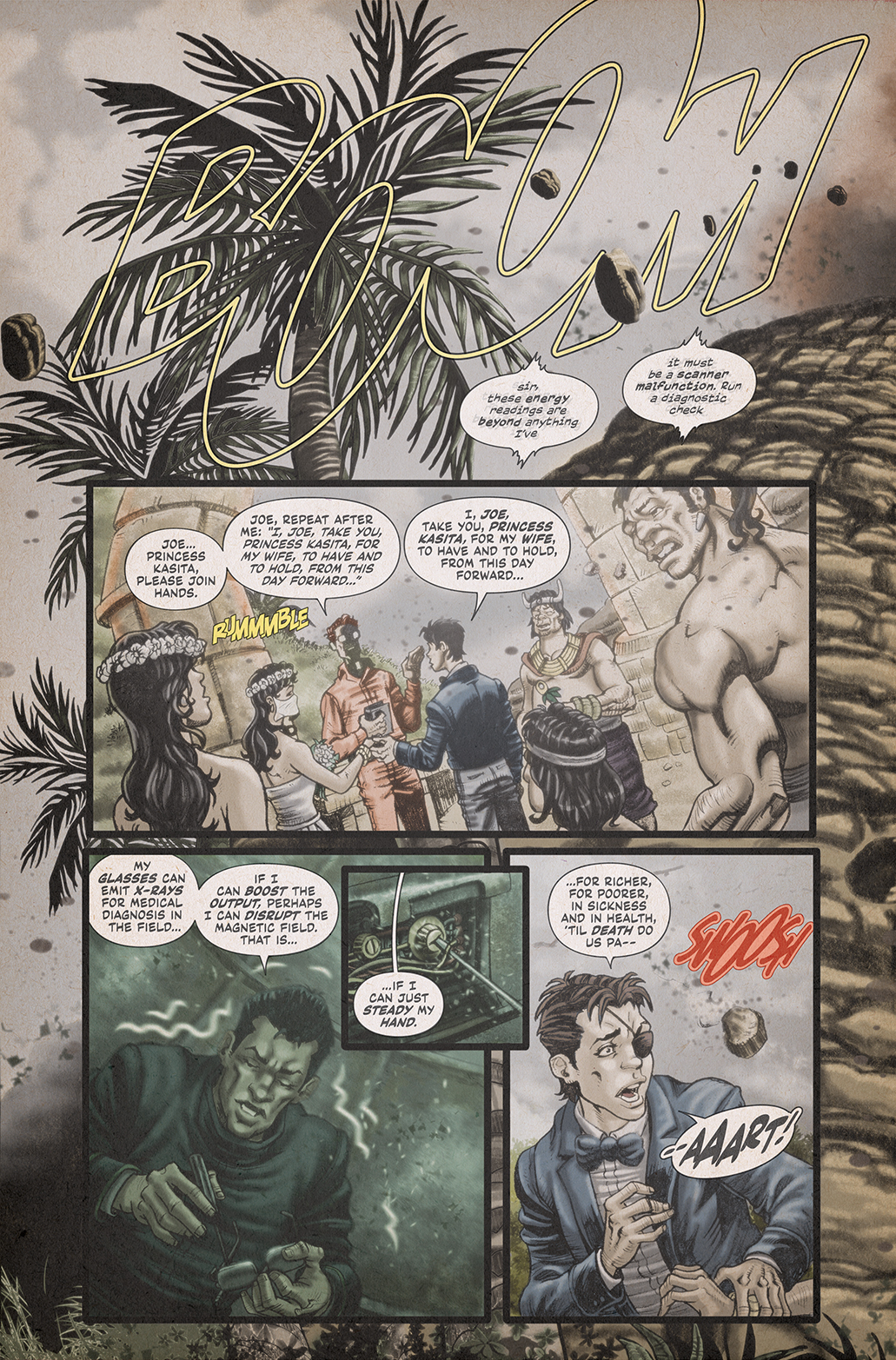 This is it, folks! The volcano, grumpy ol’ Fajro Nadlo, ain’t messing around any longer. It is now actively trying to kill our characters – just ask Joe who almost got walloped in the noggin by a sizzling rock – and is mere SECONDS away from a cataclysmic detonation that will most certainly finish the job.

So, fasten your seat belts and lock your tray-table in it upright position, Daredevilers, because End(s) of the Earth(s) is on final approach and it is coming in HOT. Mark my words; it is going to be a BUMPY landing!

Be here NEXT WEEK for the second half of the second-ever DDD double-page spread! Can Doc use science (and his ever-handy and multi-functional glasses) to stop the volcano’s eruption, or will Joe’s nuptials come to a fiery end before the ceremony can even be completed. Find out in JUST 7 days!

In other news, here at the ThreeOneFive Ranch we’ve just received word that Deep Dive Daredevils No. 1 has been PRINTED, PACKAGED, and is now, quite literally, on a slow-boat from China steaming toward the west coast of the good ol’ US of A. The shipment of an ungodly number of DDD comics should arrive at the ranch in just under 5 weeks, and we are beside ourselves with anticipation and excitement!

Also, we’ve just been sent production photos from the vendor who is creating the 2 embroidered patches that we offered as freebies to backers of the Kickstarter, and BOY-OH-BOY do they look crazy-cool. I personally cannot wait to sew them onto the arm of my favorite jacket. If you didn’t get in on the Kickstarter and get yourself one (or both) of these patches then in the IMMORTAL words of MR. T, “I pity the fool!”