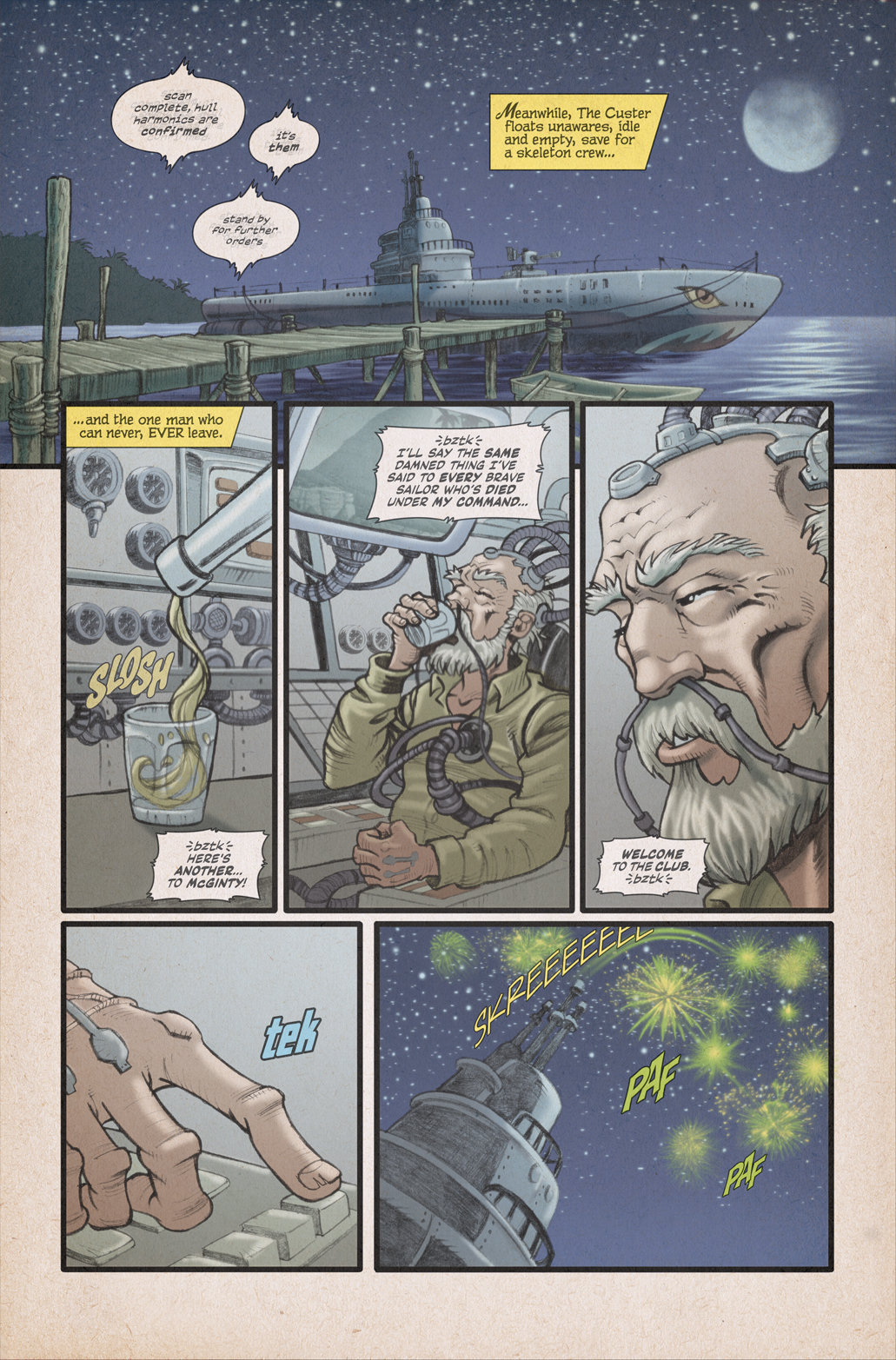 It’s been a while since we’ve seen or even heard from Captain Custer – all the way back to the 4th chapter of Pitch Black Day. As the narration on this page points out, it is just the nature of the Captain’s character that often keeps him separated from the main flow of the story. He is FOREVER locked in the bridge. He can NEVER leave. In many ways he is ALONE, completely detached from the men serving under his command. It’s a pretty sad existence, if you really think about it.

The irony though is that despite the fact that his actual appearances in the comic are few and far between, he is one of, if not, THE most compelling and interesting DDD characters. Wouldn’t it be cool if there was a story that FOCUSED on the Captain? A story, perhaps, that reveals who he is and how he came to be forever bonded to the submarine? Well, it’s coming…and it will be without a doubt THE BIGGEST DDD story yet! A true EPIC in every sense of the word….

But first, be here NEXT WEEK when the PLOT of End(s) of the Earth(s) revs up to FULL BLAST! Could the Doomsayer’s prophecy be coming true right before our eyes, and will a decidedly out-of-sorts crew be equipped to deal with the CONSEQUENCES? Find out in just 7 days!

But, even before that…THIS FRIDAY, the BIG announcement that we’ve been teasing for months will FINALLY be revealed – EXCLUSIVELY to MAILING LIST subscribers!!! This is it. SIGN UP for the mailing list NOW, and be among the first to hear about the GAME CHANGER that will forever alter the way you experience the Deep Dive Daredevils!
It’s exciting times right now at The ThreeOneFive Ranch. We’re hard at work on the most challenging undertaking we’ve ever attempted… and loving every minute of it! I absolutely can’t wait to bring all you Daredevilers along for the ride…