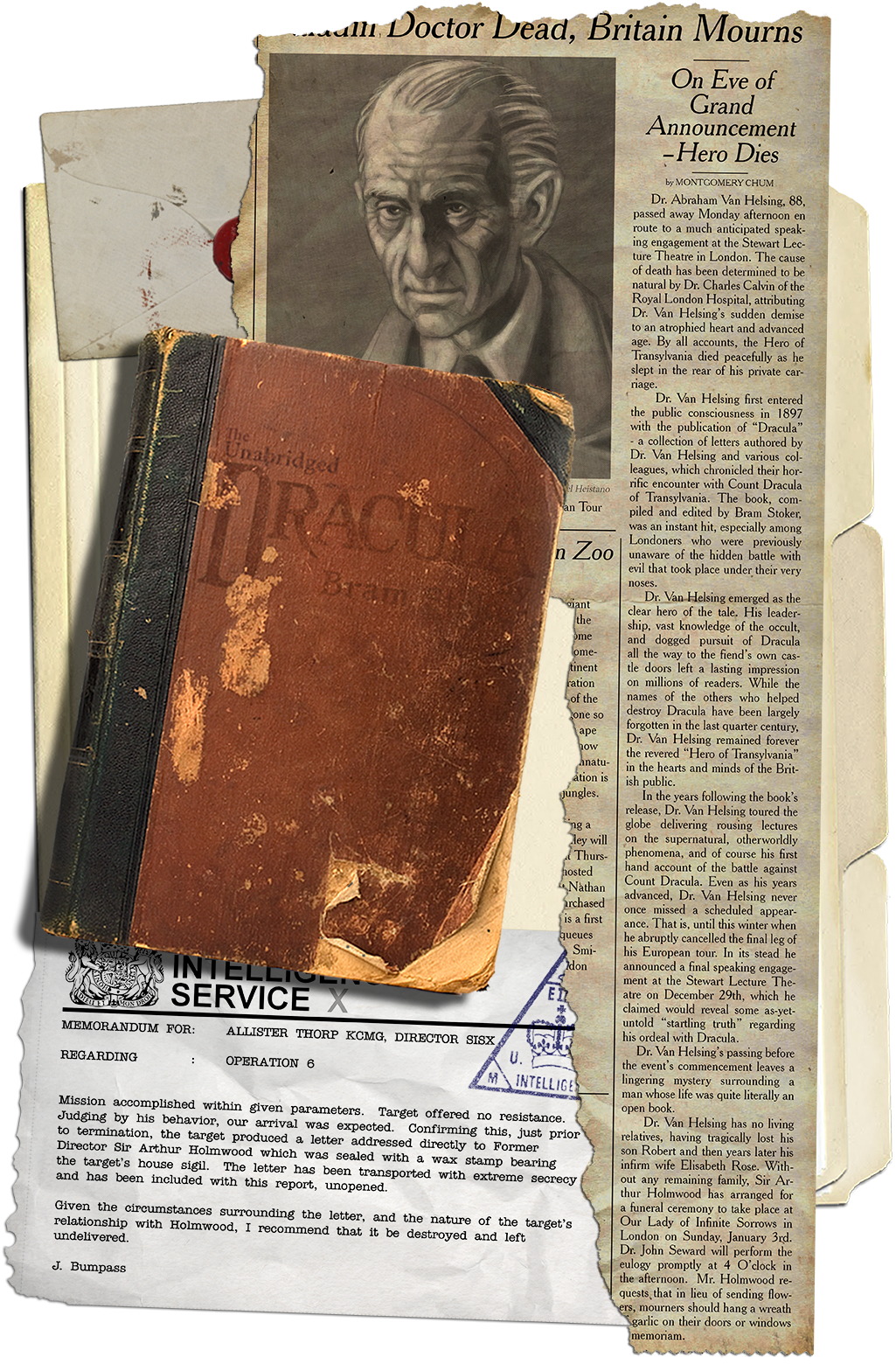 And with that, the book is closed!

Though I may be biased, I think this week’s update is our best execution of the back matter concept yet. Much of the thanks goes to Evin who designed/Photoshopped the hell out of this page. I mean, the closed book just sitting there looks real to you too, right?

But also, the concept of an obituary as back matter content goes WAY back into the ThreeOneFive’s history. In fact, it ties into the very founding of our writing team. Some friends out there I’m sure will remember our first attempt at making a comic, “Obituary.” Basically, it was a superhero book about a guy who is Kryptonite to anyone with powers. The hook was that the main character was an obituary writer and after he killed a famous superhero he would write their obituary, which would then appear at the end of each issue. Sounds pretty cool, right? Well, you’ll probably never see it. Trust me, it’s a long story…

Be here NEXT WEEK when the COMIC RETURNS! That’s right, in just 7 days Pitch Black Day Chapter 4 begins and kicks-off 10 weeks in a row of Danilo Guida goodness! This is it! No more talk. No more games. It’s WAR at 4,000 leagues below!

And, HEY YOU! Yeah, the one who hasn’t RSSed, Liked, or Followed yet. Go on and do it already, won’t you? I’ll be your best friend.

Thanks again for reading, folks…and for so graciously tolerating Evin’s blog, The Sunday Bonus Lunch.