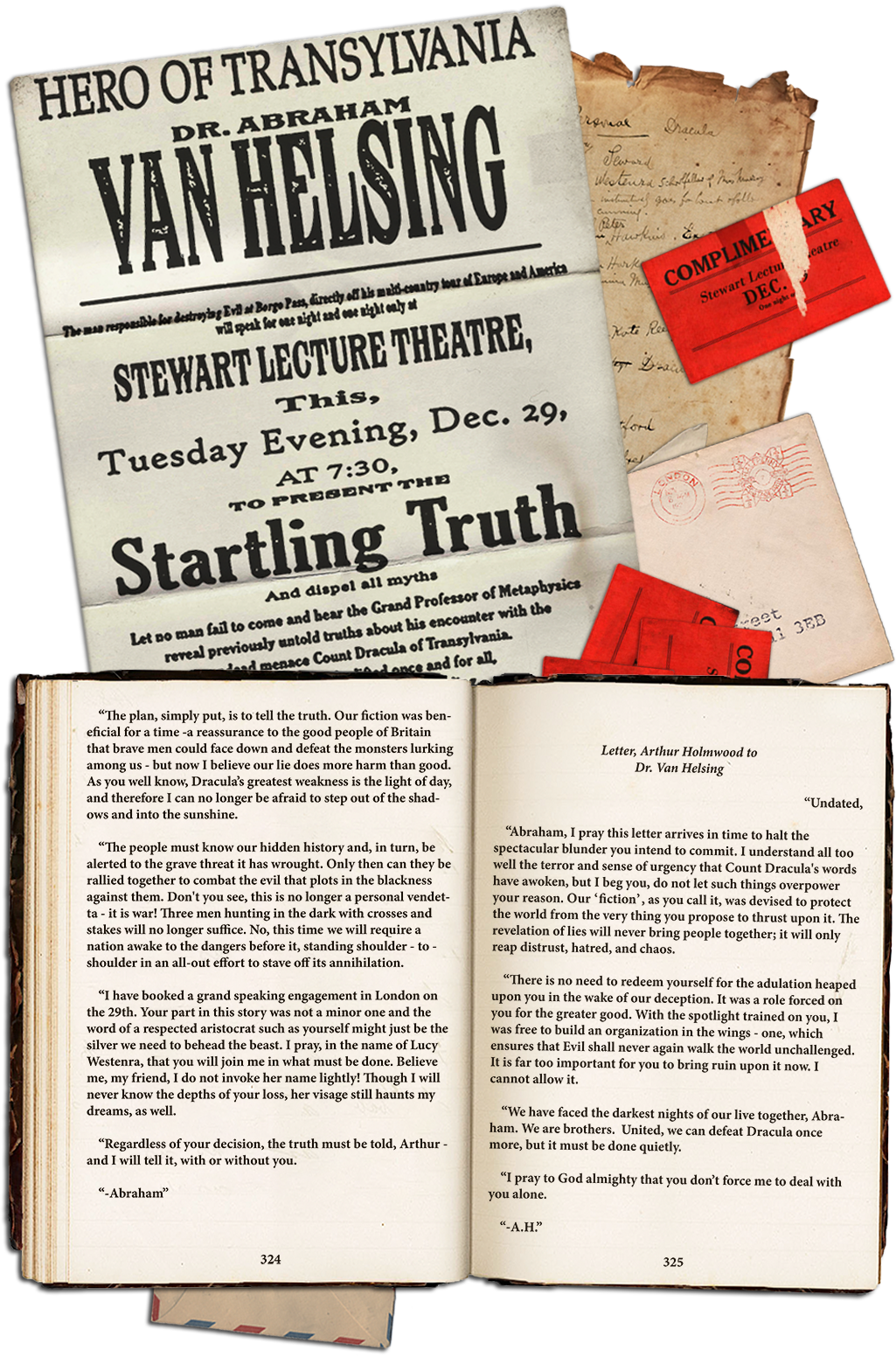 Extra! Extra! Read all about!

The HERO of TRANSYLVANIA reveals all!

You’ll find out NEXT WEEK when we drop the final installment of the Lost Chapter of Dracula! That’s right, in just 7 days we tie it all up in a tidy little bow. Will the lie stand or will the truth be told at long last? Don’t miss it!

Speaking of, if you don’t want to miss out on stuff you should definitely RSS, Like AND Follow. For example, last week we shared the first look at a Daredevils pin-up by German Ponce, a good pal of Danilo. It is unbelievably cool. I recommend you run (don’t walk) to our Facebook fan page to check it out.

Reflecting a little, if I may, it is just beginning to dawn on me that we ACTUALLY did write a new ending to Dracula. We started down this path more out of necessity than anything else. Dracula needed to be at the bottom of the ocean for our story and changing the end of the novel seemed like the best/most fun way to make it happen. However, as Dracula’s ordeal beneath the sea unfolded it slowly transformed into more than just a plot device and became a story of its own. That story begged the question, “Okay, so what did Van Helsing do when he received Dracula’s letter?” And now, two old friends find themselves at odds, dug in on opposite sides of a lie.

In the course of all this I’ve come to like both Arthur and Abraham, and man, we’ve really put them through the ringer – so much so that I’m starting to feel a little bad about it. Their story has become a tragedy, playing out in the undercurrent of our nifty adventure tale. We’ve already learned the terrible fate of Arthur Holmwood, but could there be one more wrinkle to his story? What is in store for Van Helsing? Could a happy, uplifting ending be in the cards? Not likely, folks.

Oh, and make sure to read the first Sunday Bonus Lunch 0f 2014, which is actually more coherent and less rammbly that the blog you are currently reading.