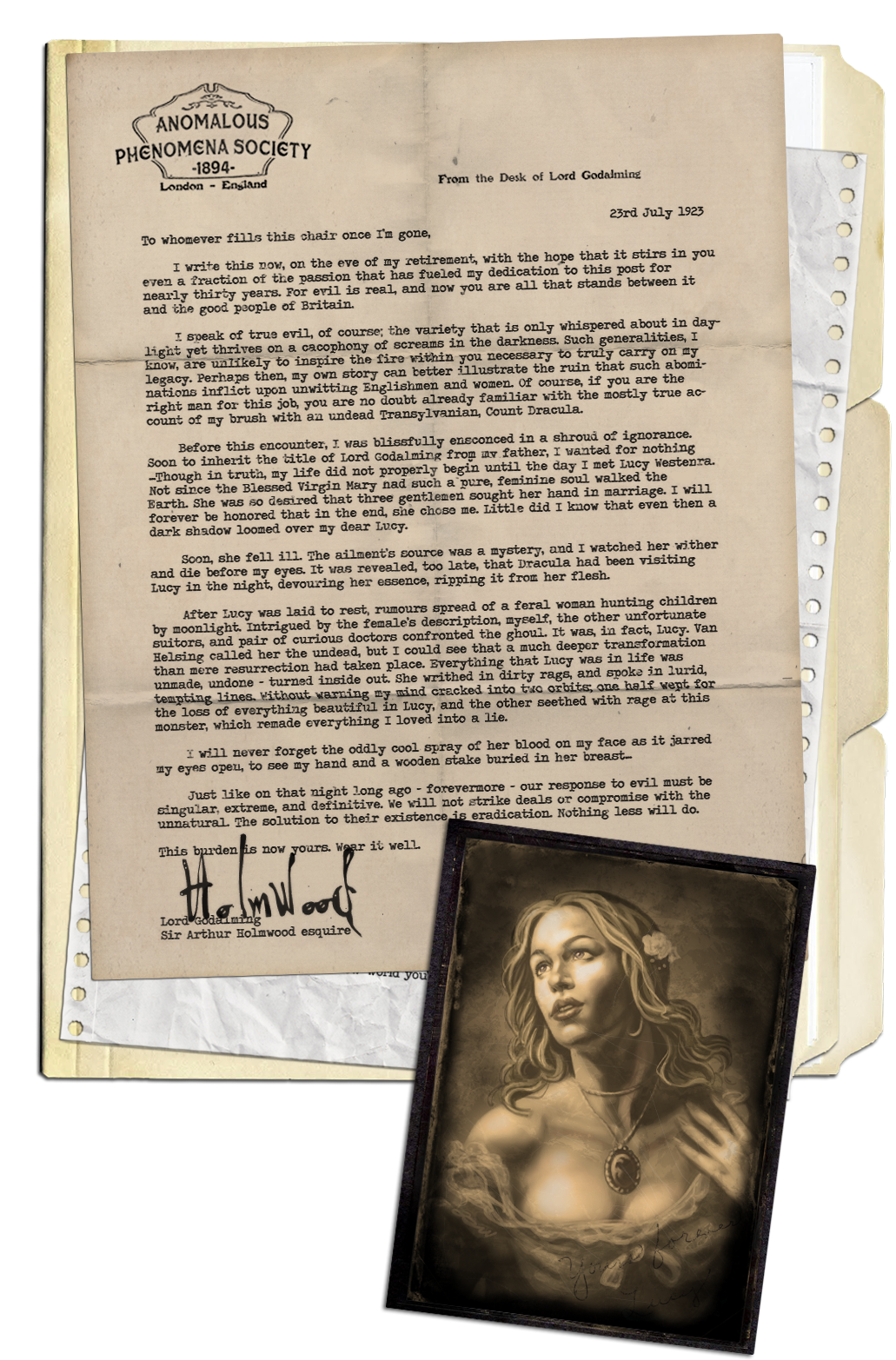 The Secret Origin of Section X!

Arthur Holmwood and Lucy Westenra finally have their day in the sun! What do I mean? Well, if you are familiar with the veritable plethora of Dracula adaptions, quasi-sequels, and spin-offs one thing that most of them have in common is that they either short-change the characters of Arthur and Lucy or exclude them from the proceedings entirely. Most seem to want to focus on Van Helsing (as we did in the last prose interlude), Mina, or Jonathan Harker, and reduce Lucy to “that girl who got bit that isn’t Mina” and Arthur to “that guy standing around in the background, played by Carey Elwes.”

So, we here at the ThreeOneFive were more than happy to take Arthur and Lucy’s tragic love story and put it front and center in our own little quasi-sequel to Bram Stoker’s classic novel. I mean, all the pieces were there – a man is forced to violently stake his undead fiancé to death? This man is also a British Lord? Add life-changing trauma to his considerable influence in the upper-echelons of power in Britain, and it’s just a leap of logic to find OUR Arthur Holmwood, founder of the Anomalous Phenomena Society – KILLER of MONSTERS!

Also, when a woman is as enchanting and beautiful as Lucy, it is undeniable that her loss would be very traumatic, indeed. Danilo, my friend, you’ve outdone yourself yet again. This week’s AMAZING portrait of Lucy stands beside some of your best work on the entire series! Thank you, as always.

Be here NEXT WEEK for the FINAL FATE of SIR ARTHUR HOLMWOOD! The final installment of this prose interlude is just 7 days away, so make sure to RSS, Like, or Follow.

Oh, and thanks to you guys we broke the 200 barrier at Top Web Comics for the first time. As I type this we are sitting at around 175! Thanks so much! However, voting starts anew today for the month of October, so limber up your CLICKING finger because it’s time to vote, vote vote, once again! And, as always, don’t forget to read the Sunday Bonus Lunch!