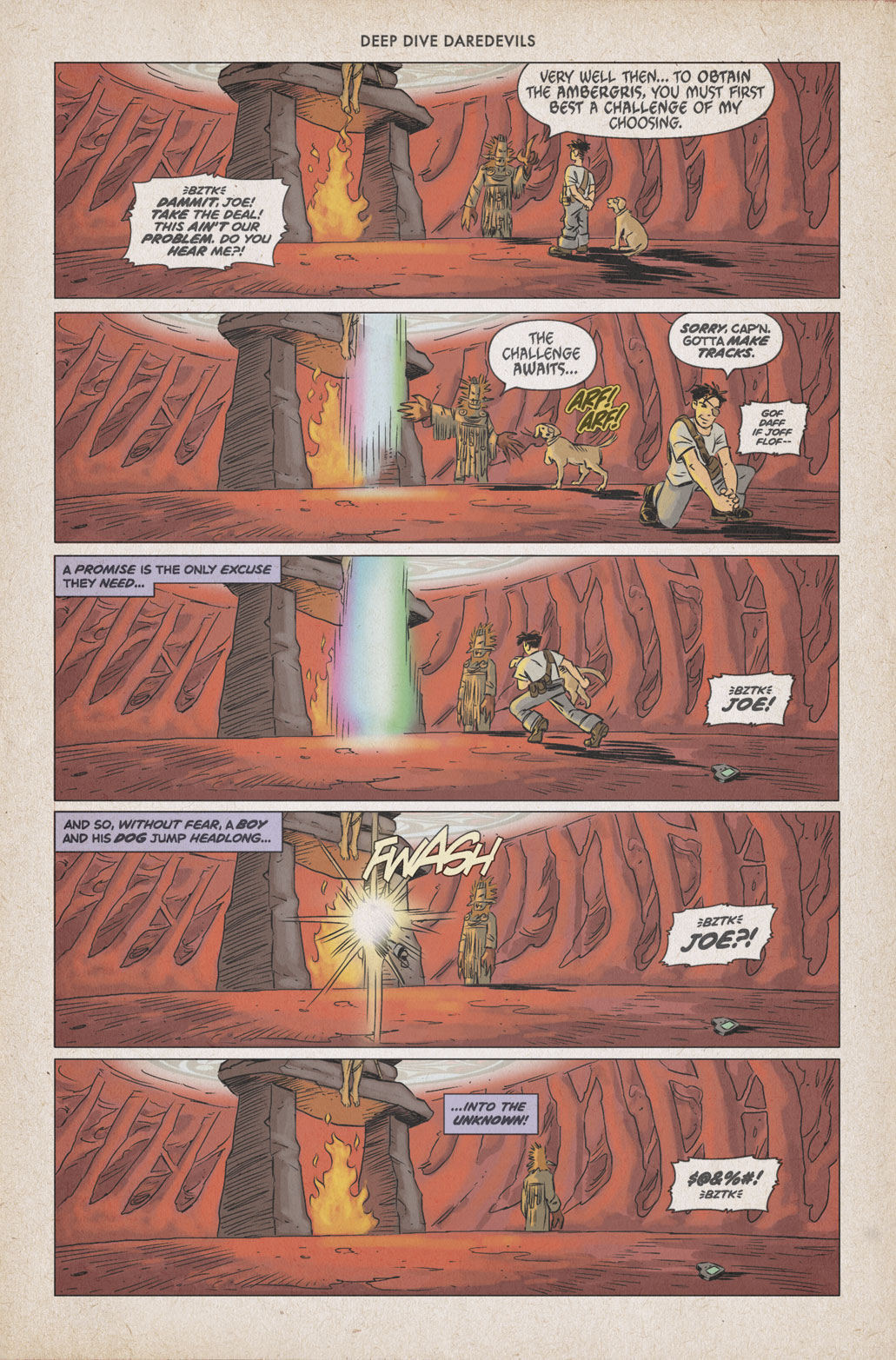 Secret of the Beaufort Sea – Page 28

Chapter 3 is a wrap!

And, Joe is…gone! Where will he and Cup end-up, and what manner of dastardly challenge has the Shaman cooked up? Not to mention, even if Joe can obtain the Ambergris, will Custer and crew survive long enough to put it to use? So, many questions…

Well, I know the answers, but I sure ain’t telling. So, hang in there Daredevilers, after all it’s just a measly TWO WEEK wait for the beginning of Chapter 4…Ha!

That’s right, the story resumes on September 25th after our customary break between chapters. The fourth and final chapter of Secret of the Beaufort Sea will run for 12 weeks. By the time it’s finished all the mysteries surrounding Captain Armstrong will be revealed, and man-oh-man – THE ENDING – there won’t be a dry eye in the house. So, make sure to RSS, Like, or Follow because if you’ve made it this far it’d be a crying shame to miss out on the conclusion!

In the meantime, NEXT WEEK we will be unveiling an ALL-NEW pin-up, which teases the PURE AWESOME that’s coming your way from The Deep Dive Daredevils in 2013! That’s right, get out your pipes and Sherlock Holmes’ hats, Daredevilers, cuz not only is the pin-up a killer illustration, it is also chock-full of clues for an upcoming Daredevils storyline!

Also, apologies to anyone who stopped by yesterday afternoon looking for their Daredevils fix and found a dead page. We were down for a couple hours during what I like to call “The GoDaddy Got Hacked Debacle.” All is well now, and we’re happy to be back.

I’m going to forego my usual plugs this week. It’s September 11th and it just doesn’t seem right. So, instead, I’ll just suggest you take a moment to remember the victims and their families, and well, maybe, just go out of your way to be nice to somebody today.