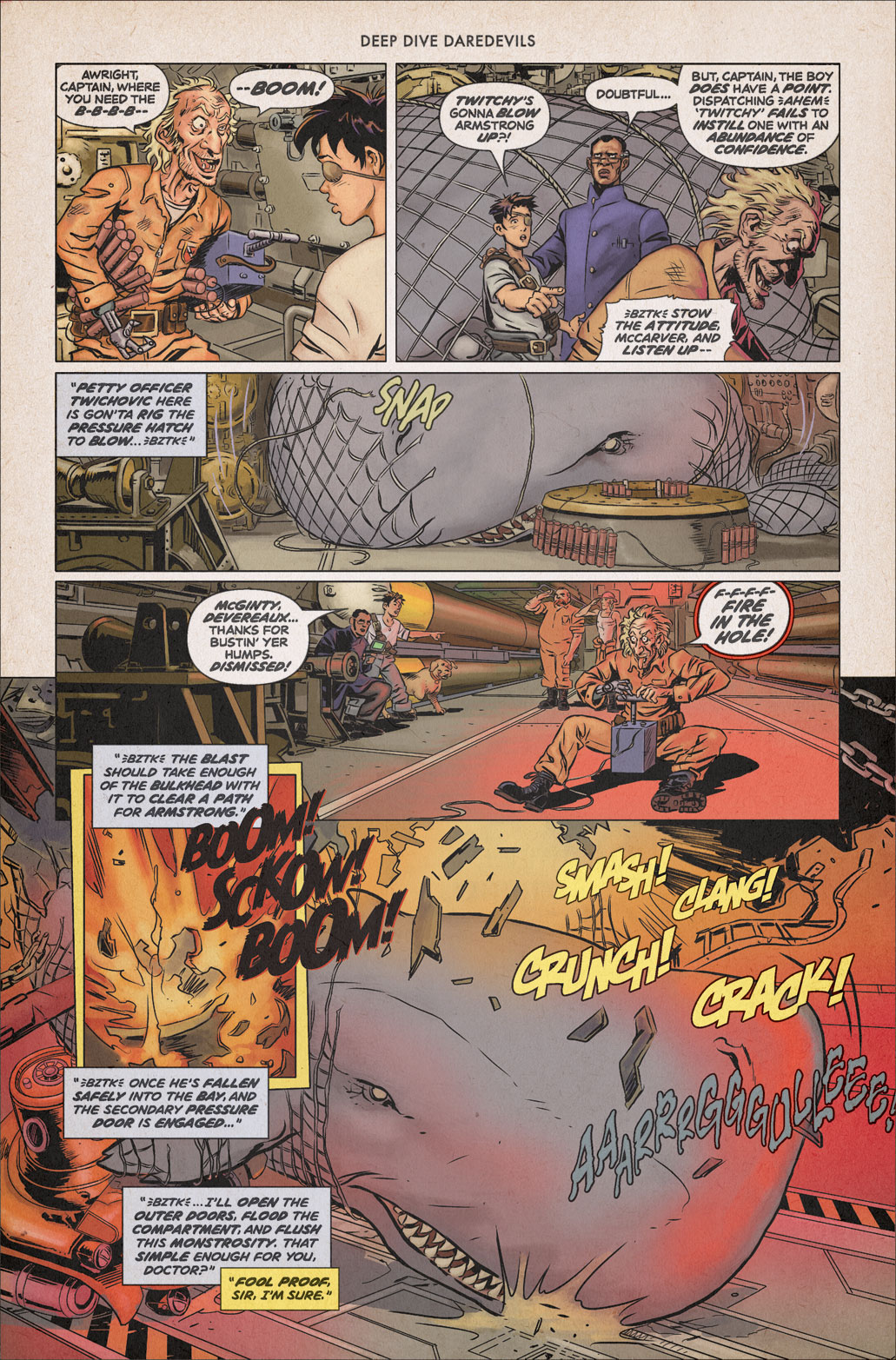 Secret of the Beaufort Sea – Page 13

This page is what happens when you write yourself into a corner.

As you can clearly see, Armstrong is, in fact, becoming a whale.  Some even might say…a Were-whale. Mad props to Shuimulung, who totally called it, BTW. This one’s for you…Guitar!

So, anyway, the Cosmos said, “Congratulations ThreeOneFive, you got a whale into a submarine, now how do you plan on getting it out? Only the greatest writers of a generation would dare ponder a question of such magnitude, and now it falls to you.”

Well, we gazed into that abyss and… invented a character named Twitchy. And, blew things up.

Be here NEXT WEEK when EVERYTHING GOES WRONG! No joke, DANGER and PERIL await. RSS it! Like us! Follow us! Do whatever you must to avoid missing out. You owe it to yourself, man.

Also, we’re climbing the charts so make sure and vote, vote, vote at Top Webcomics.

P.S. Did you watch that guitar solo? You should.