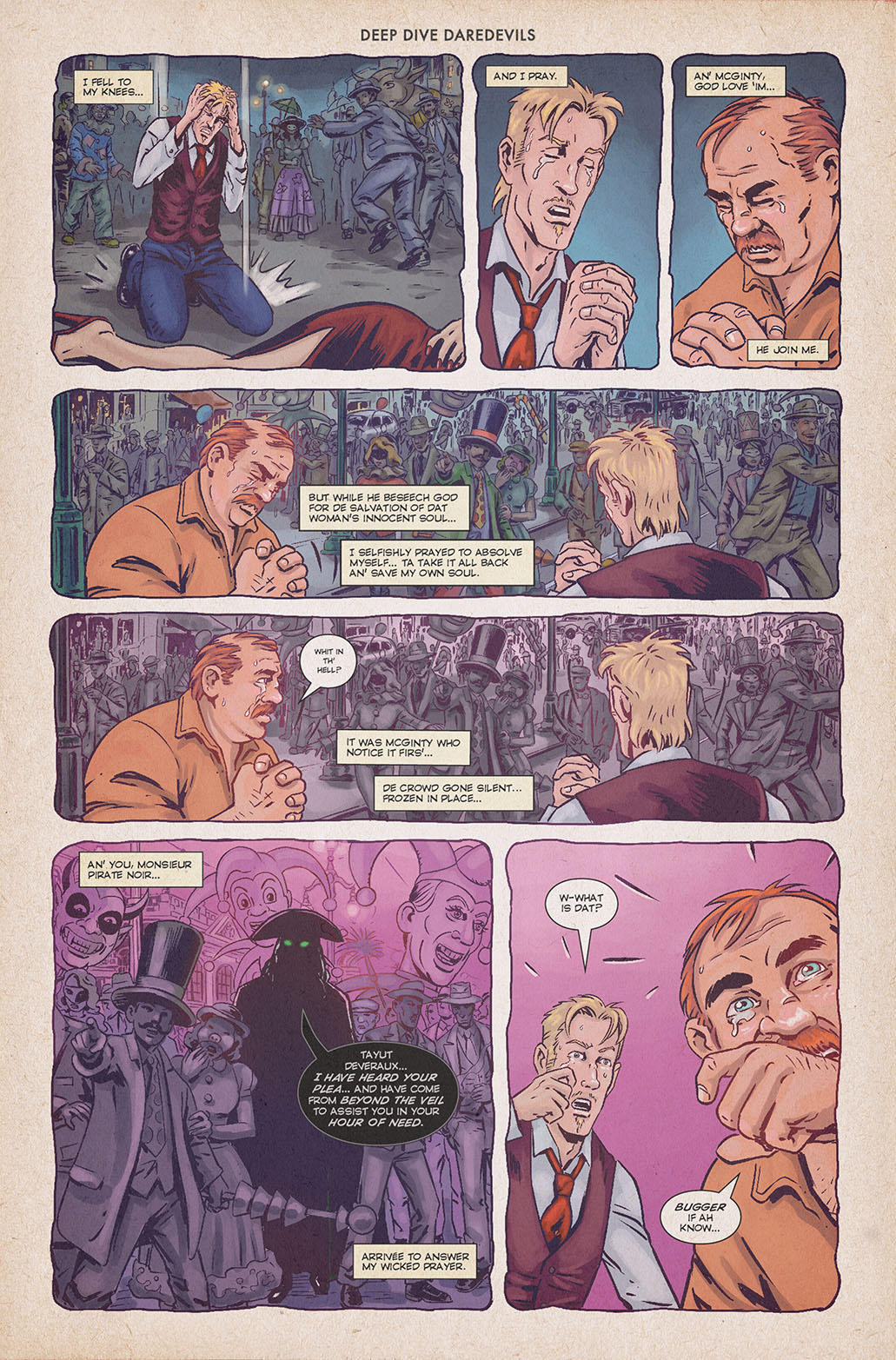 From Beyond the Veil…

At first glance this page seems pretty simple. Our protagonists pray (one unselfishly, the other not-so-much) and The Black Pirate appears out of the crowd.

But, looks can be deceiving. A lot had to be worked out and come together to make this page work; to sell the effect of the Mardi Gras revelers “freezing” in time upon the Black Pirate’s entrance. In the script we suggest that the crowd fade to black and white, and it was Danilo who suggested bringing the pink hue into the sky to tie back to the Pirate’s island in “Forever.” And then, of course, Angela had to ACTUALLY pull it off. All together, I think it works.

These kinds of storytelling collaborations are what makes comics such a rewarding medium to work within. For me, at least.

But ignore all the POPPYCOCK, dear reader! Be here NEXT WEEK as the BLACK PIRATE takes CENTER STAGE…