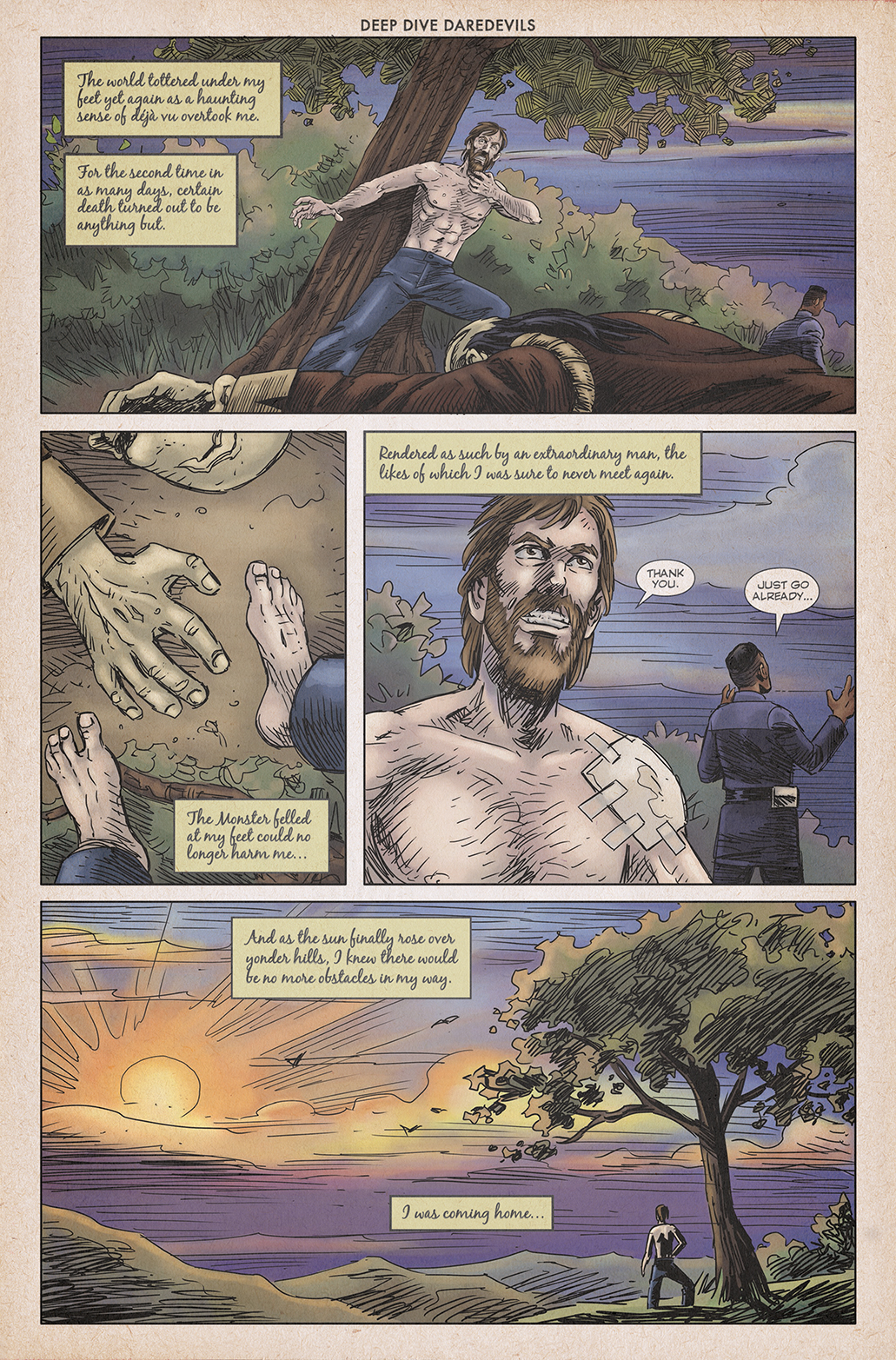 He’s gonna ride off into the sunrise and FINALLY be reunited with his main squeeze, Mona, settle down, and raise a family. After all he’s been through, I’d say Custer has more than earned his fair share of happiness and peace.

But (I can hear you asking), how is that possible? We all know what becomes of the good Captain, and there was a whole story (The Cajun Caper) dedicated to the fact the he, in fact, NEVER saw Mona again after he left her to fight in the Civil War. Well, all I’ll say is that since their are multiple Hitlers couldn’t there also be multiple Custers? I’m not saying there are, but then again you never know…

Be here NEXT WEEK as we switch gears and look at the world through Doc’s eyes!

Anyways, till next time!