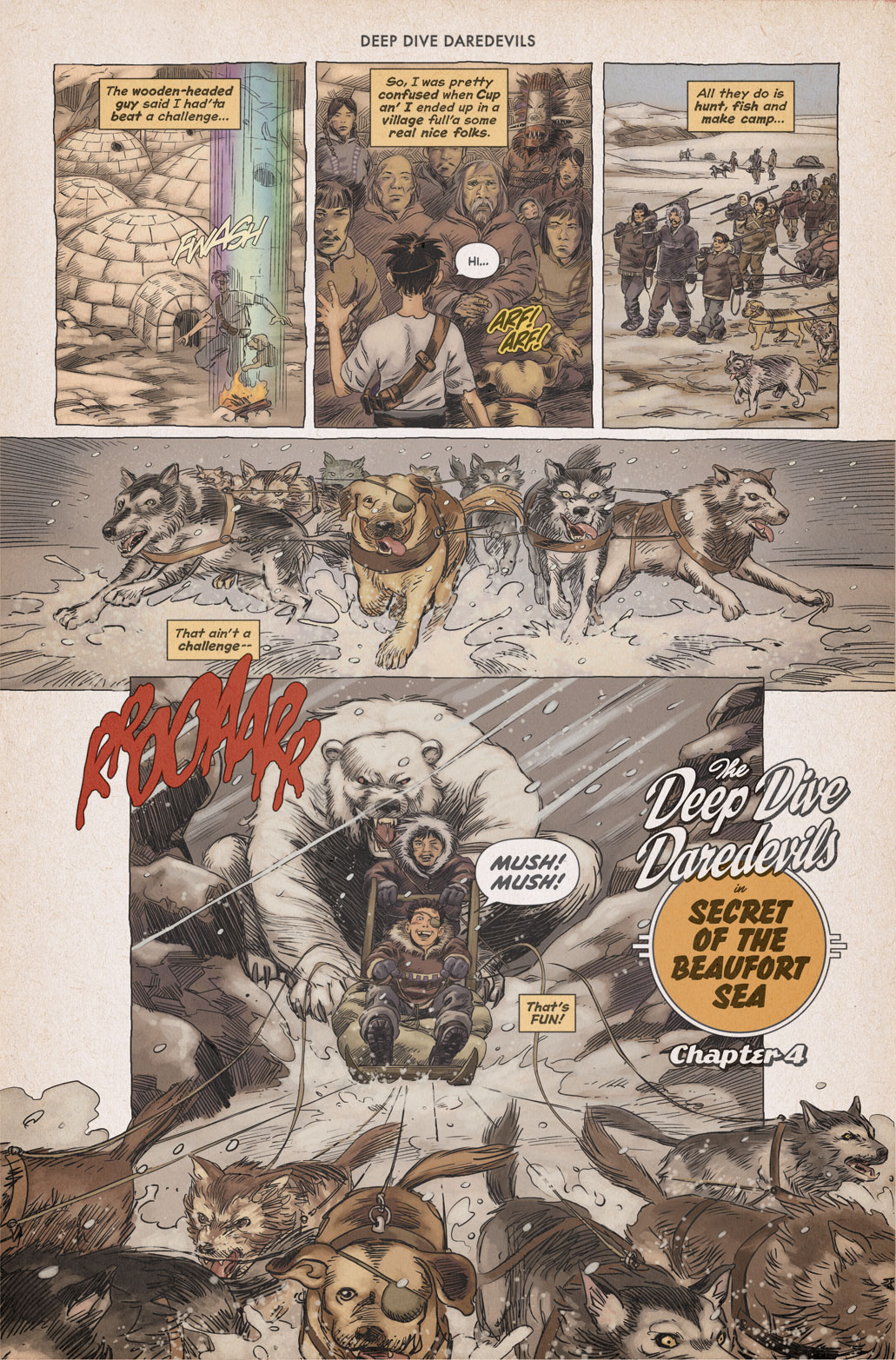 Secret of the Beaufort Sea – Page 30

Cup: leader of the pack!

Just writing that sentence makes me happier than it probably should, so seeing it complete, and ready for the rest of the world to enjoy makes me absolutely ecstatic! Also, I think this page (and panel 4 in particular) solidifies Cup’s position as the most badass/coolest fictional dog with three legs and an eye patch ever. You certainly could have made that argument earlier, but now it is definitely a lock. Ha!

Suffice it to say, this page is all about FUN. We had a blast writing it, and I know that Danilo had a ball drawing it. Hopefully, it hit the spot for all you Daredevilers out there, as well.

And before we move on, can I just (for like the millionth time) gush about the artwork of Danilo Guida for a moment? The style he is using for the “Joe’s Challenge” pages is spectacular! The intricate crosshatching, inspired by the legendary Gary Gianni, sets this reality apart from the “standard” reality of the comic, and gives the pages an otherworldly, dreamlike quality. Not to mention, the inspired sepia color choices…I could go on…

But, trust me, you guys haven’t seen anything yet because NEXT WEEK Danilo blows the doors off with an illustration that will leave you SPEECHLESS! So, we now know that Joe and Cup were transported to an Inuit Village, but next week when the [REDACTED] RETURNS the TRUE NATURE of the challenge will be revealed! Make sure to RSS, Like, or Follow like your life depends on it!

As always, every vote for the Deep Dive Daredevils at topwebcomics.com is greatly appreciated. October has just begun, so vote early and often and we’ll make yet another run at the charts. Also, mosey on over to our blog and check out the latest installment of the Sunday Bonus Lunch. Seriously, I think Evin may have found the BEST. GIF. EVER. Check it out…