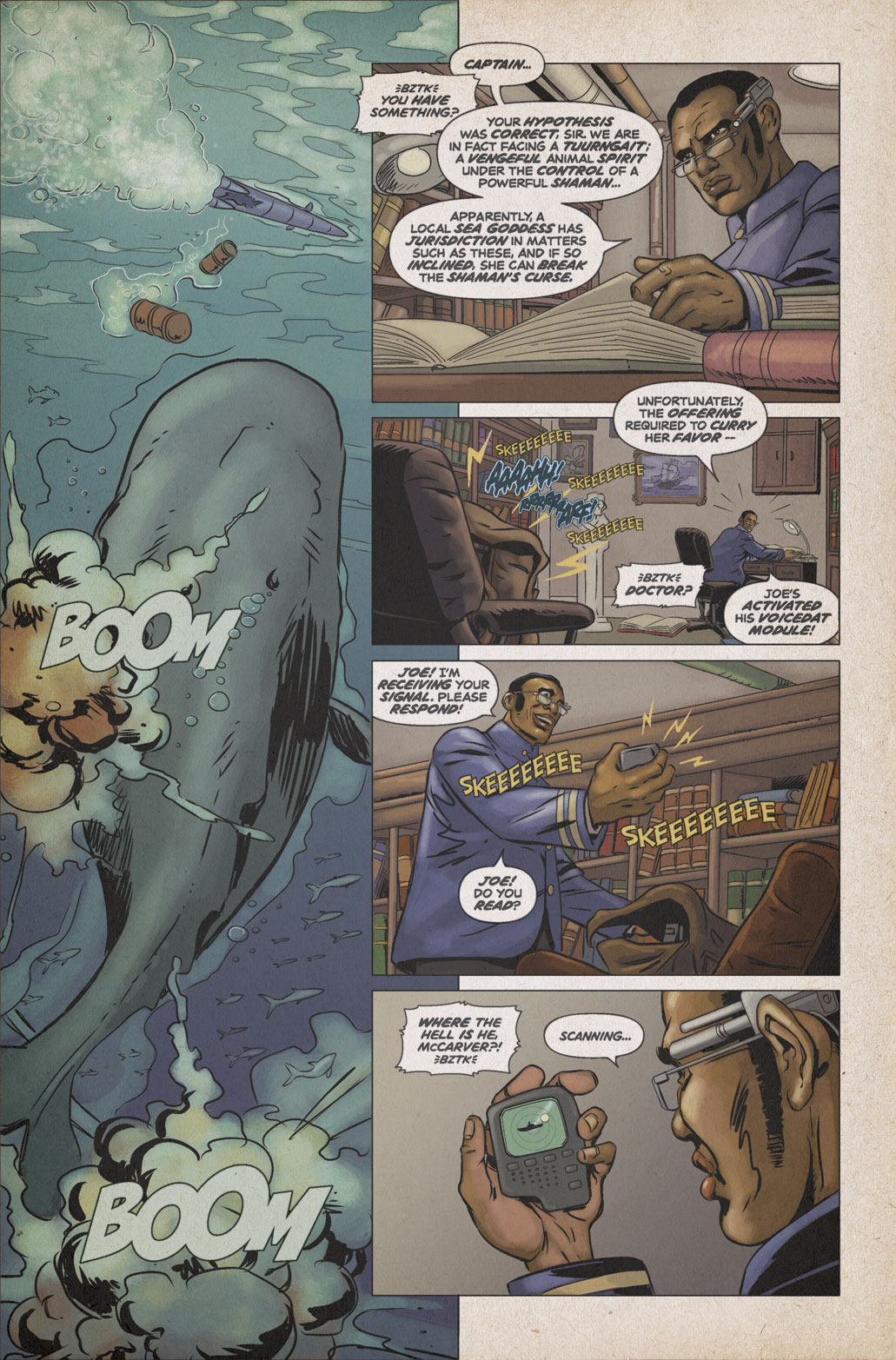 Secret of the Beaufort Sea – Page 24

Where does he get those wonderful toys?

Doc takes center stage this week and leaves us with a startling revelation. Apparently, Doctor Eugene McCarver invented the Blackberry way back in the 1930s. Who knew? Ha!

Seriously though, Doc mines some major plot nuggets from the Custer’s archives this week, and some of you may be asking, “What the heck is a Tuurngait, anyway?” Well, never fear Wikipedia is here! Here’s an excerpt from the entry on Inuit mythology:

“Some spirits were by nature unconnected to physical bodies. These figures were called tuurngait (also tornait, tornat, tornrait, singular tuurngaq, torngak, tornrak, tarngek). Some were helping spirits that could be called upon in times of need. Some were evil and monstrous, responsible for bad hunts and broken tools. They could also possess humans, as recounted in the story of Atanarjuat. An angakkuq with good intentions could use them to heal sickness, and find animals to hunt and feed the community. He or she could fight or exorcise bad tuurngait, or they could be held at bay by rituals; However, an angakkuq with harmful intentions could also use “tuurngait” for their own personal gain, or to attack other people and their tuurngait.”

I’ll let y’all chew on that for a week…

Welp, all the gears are clicking into place, leading up to the MIND BENDING conclusion to Chapter Three! Seriously, put in an order for your mind-altering substance of choice because the next month-or-so is going to be CRAY CRAY. Be here NEXT WEEK for the beginning of a MYSTICAL JOURNEY! Make sure to RSS, Like or Follow to avoid being left behind.

As always, show the Daredevils some love by voting early and often at topwebcomics.com. Also, hit our blog every Sunday for the very tasty Bonus Lunch. Evin cries a single tear for every Daredevils reader who doesn’t also read the Lunch. We’re talking buckets of tears, folks.