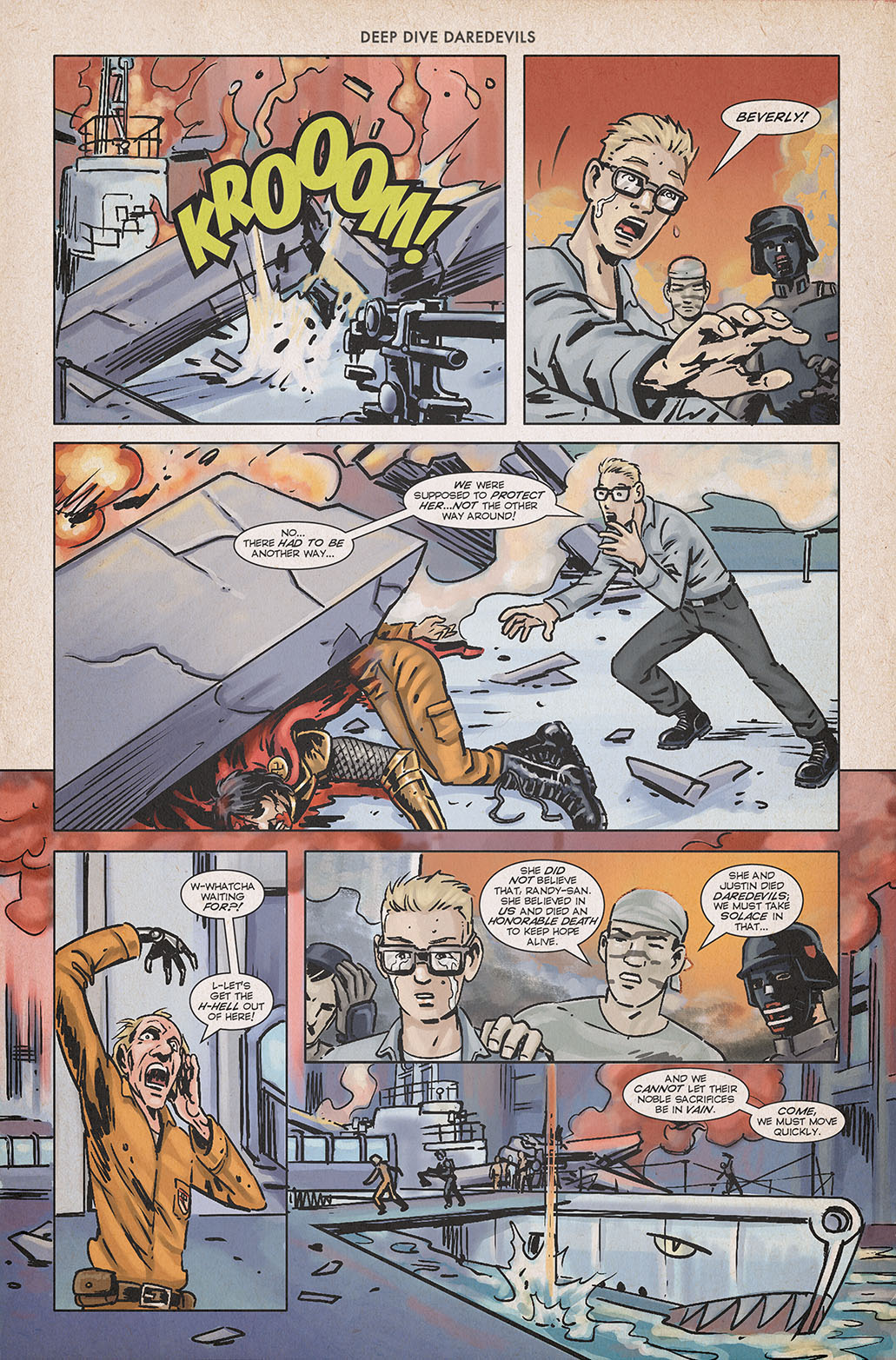 This page has been a LONG TIME coming…since all the way back to our Kickstarter campaign in 2014. My mother-in-law donated to the campaign, paying for a reward tier that would not only see her become a Daredevil in the comic, but also guarantee a heroic death.

There are a lot of reasons it has taken so long to fulfill this reward, one of which is that despite the fact that she paid for it, I was a bit scared to metaphorically pull the trigger. I mean, wouldn’t you be? Finally, I was assured there would be no reprisals or recriminations from either her or my wife…and here we are.

Speaking of where we are…we’re at the end of another story thread, so we’ll be taking a 2 week break before jumping into the next thread. See you on Tuesday, August 23rd.