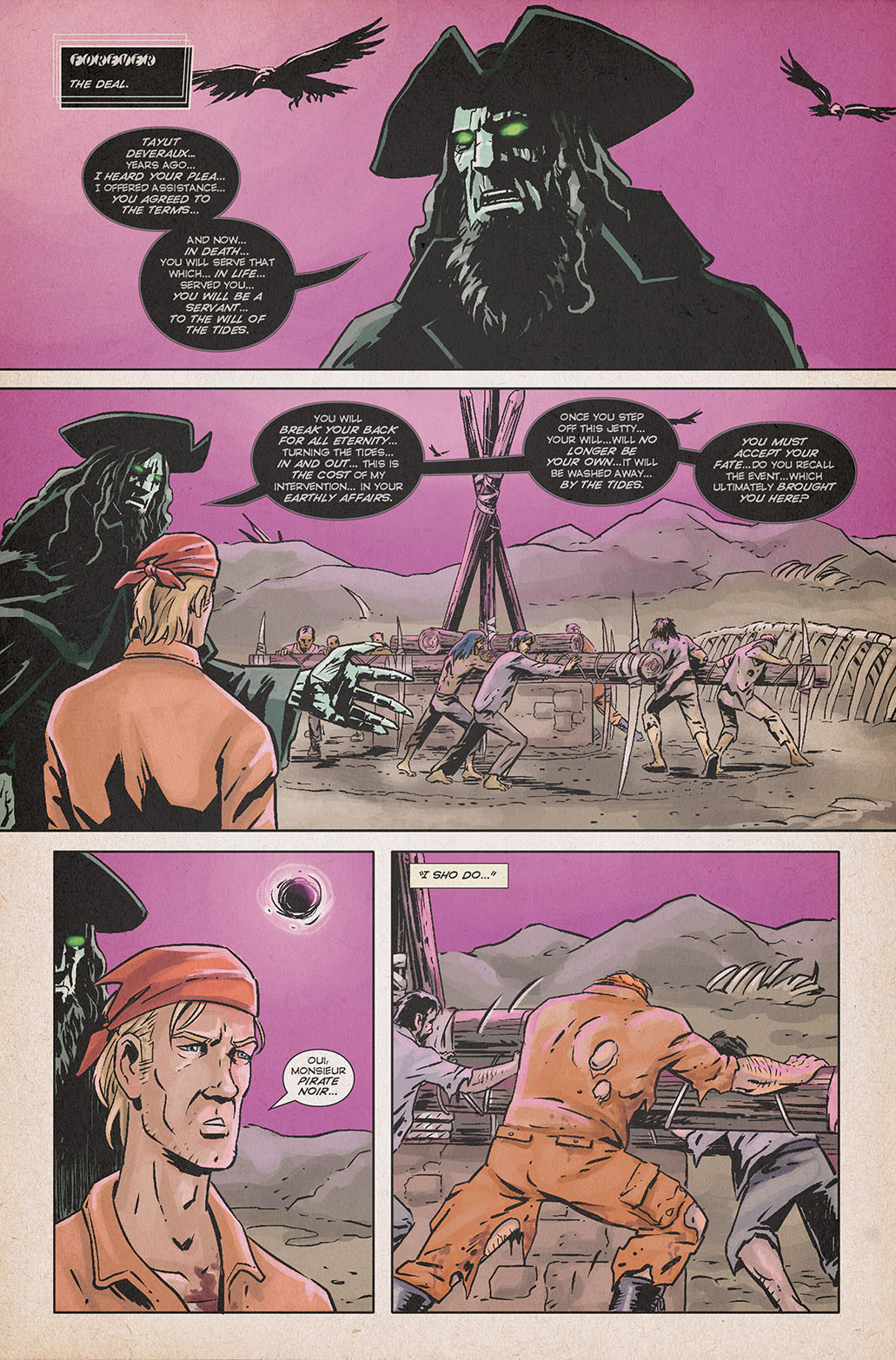 Here it is folks…it is FINALLY time to reveal a story nearly a decade in the making. The secret origin of McGinty and Deveraux will be unfolding before your very eyes in the coming week and months, and I, for one, couldn’t be happier.

It’s funny to think back, all the way to 2010, when we were working with Danilo on Secret of the Beaufort Sea. At first, McGinty and Deveraux were just afterthoughts; a couple of “orange shirts” who were needed to help Joe and Doc drag Armstrong (rapidly growing into a Sperm Whale) to the docking bay. But, then MAGIC happened…Danilo imbued those “orange shirts” with so much character and personality that they simply could not be ignored. They leaped off the page. They demanded to become part of the story…to become part of the very FABRIC of the Deep Dive Daredevils.

The rest is history, and now it is time to tell the HISTORY of how McGinty and Deveraux became those two SCALLYWAGS that we fell in love with all those years ago.