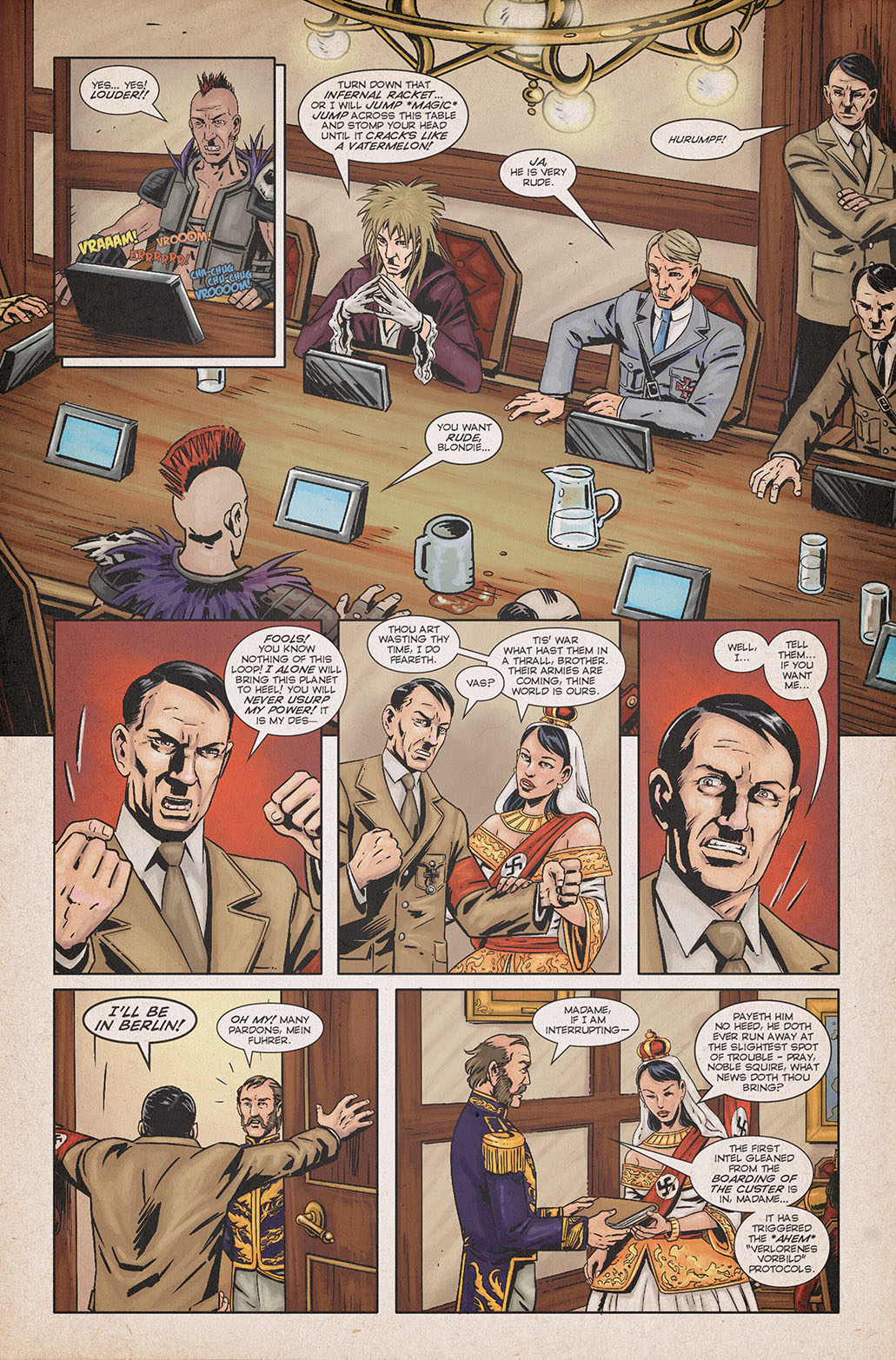 I’ll tell you one thing, when we decided to make the ultimate bad guys in Deep Dive Daredevils the Council of Hitlers we really didn’t think it through. For one thing, the research I have done in regards to the Hitlers has turned my Google search history into a tar pit just waiting to swallow me up someday. Also, I never realized how much time I would have to sit around thinking up backstories, motivations, and dialogue for different variants on one of the worst mass murderers in history. It can be disconcerting to say the least…

If you have noticed, though, when it comes to our earth’s Hitler (or Regular Hitler as we call him in the scripts), we always makes it a point to portray him as a total CHUMP. On this page, Lady Hitler makes a comment implying that he is known for running away when there’s trouble. That would by a reference to the fact that in the end Hitler showed the world his true cowardice when he ran away to his bunker and killed himself when the Good Ol’ U.S.A. and the Russians were closing in on Berlin.

For the record, burn in hell, Adolf.

Be here NEXT WEEK for another satisfying SERVING of Deep Dive Daredevils before you GORGE yourself on Turkey Day!