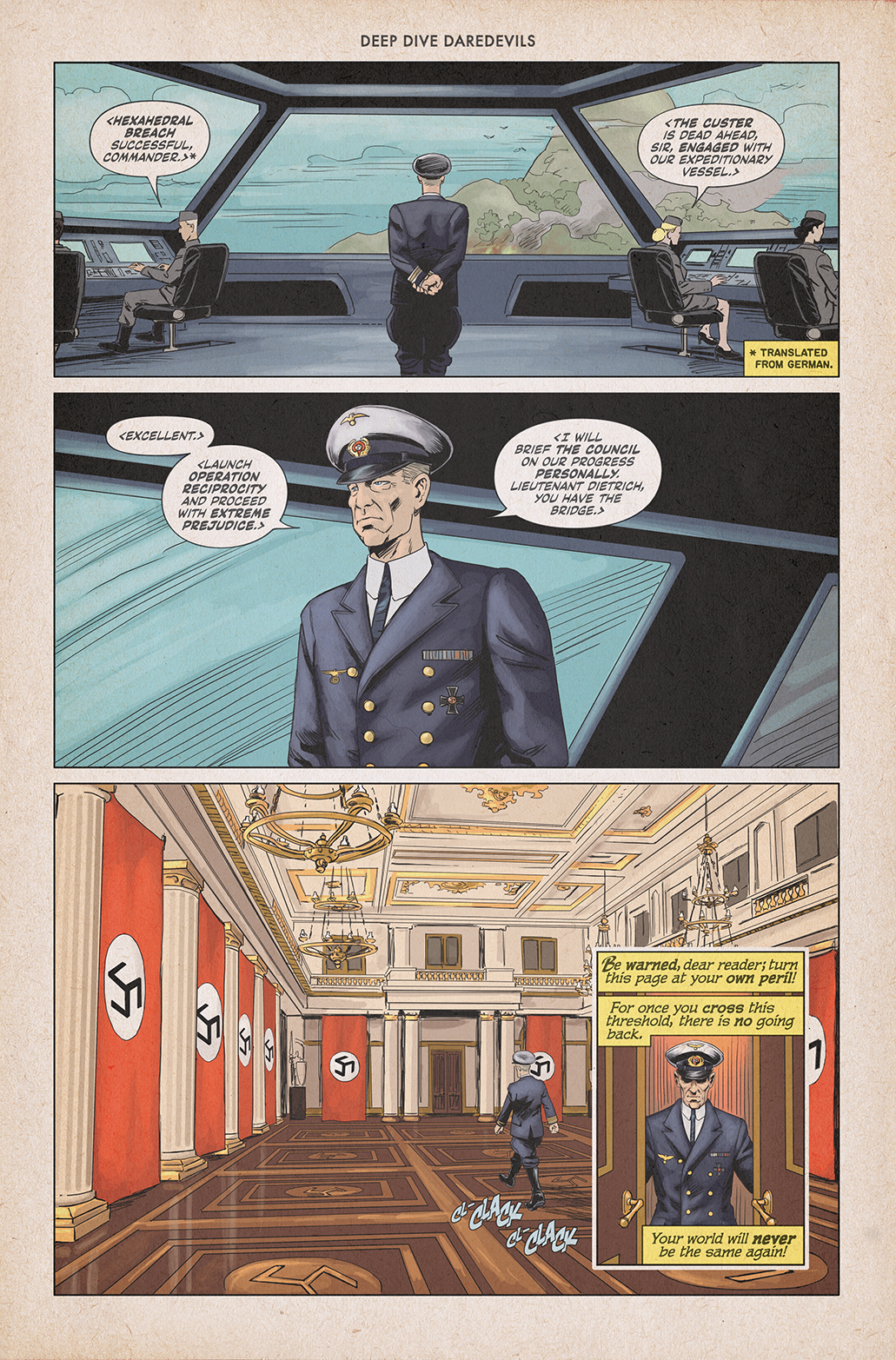 I mean, I’m sure a good many of you Daredevilers out there have noted the STRIKING resemblance between the bridge of the as-yet-unnamed BEHEMOTH (although “Behemoth” is starting to grow on me, and does have a nice/appropriate ring to it) and the bridge of a STAR DESTROYER. As ever our timing is apropos, what with the release of the brand-new STAR WARS trailer, including an EPIC shot of a crashed Star Destroyer that melted everyone’s brains over the weekend. Look Ma, we’re part of the Zeitgeist…FINALLY!

Seriously though, in the script the bridge of the BEHEMOTH (liking it more and more) was described to be much more reminiscent of a traditional submarine-style bridge – with low ceilings, no windows, and cramped quarters. However, Danilo (being the very smart dude that he is) threw all of that out the window and made the absolute right call in giving the bridge of the BEHEMOTH the gravitas it deserved.

Oh, and just a side note: I’d like to point out that we have been waiting for just the right moment to do the whole *translated from a foreign language shtick for a LONG time.

Be here NEXT WEEK for the FINAL page of Deep Dive Daredevils Volume One! That in-and-of-itself should be more than enough to bring you running back in just 7 days, but as you know we’ve never been content to rest on our laurels. So, NEXT WEEK you will get not just ONE, but TWO pages – a DOUBLE-PAGE SPREAD, to be more specific!

We’re leaving you guys/gals on a HUGE cliffhanger…a vision of something truly UNFORGETTABLE!